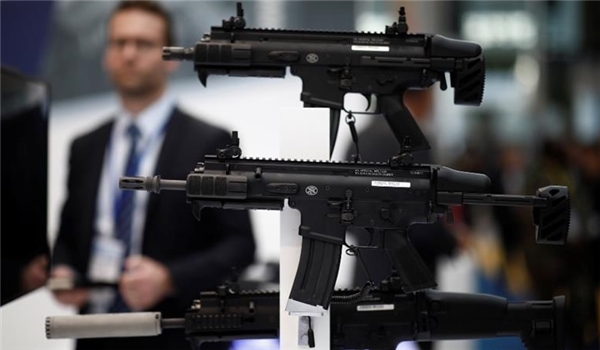 The Council of State granted an injunction on Friday as the contracts did not meet the standard for "human rights in the end-user country and its respect for international law", Al-Jazeera reported.

Nevertheless, the council decided not to block shipments to the Saudi Royal Guard, a separate unit.

In February, the Southern Belgian region of Wallonia halted weapons sales to Saudi Arabia's Defence Ministry and air force over concerns about the conduct of its war in Yemen.

But it said it would continue to supply the two Saudi guard units, arguing that they were more focused on legitimate internal security and bodyguard roles.

The kingdom is one of the world's biggest arms purchasers, spending billions with the United States and the United Kingdom, in particular.

Riyadh depends less on Belgian arms, but is nevertheless Wallonia's number one customer, accounting for 225 million euros ($247mln) in a 950-million-euro ($1.04bln) industry in 2018.

FN Herstal, which makes rifles and machine guns, and John Cockerill (CMI), which specialises in gun turrets for armoured vehicles, employ 4,400 Belgians between them.

TEHRAN (FNA)- Rabbi David Mivasair, political activist, says stopping Israeli annexation of Palestinians’ lands is not the ultimate goal, but the Zionist regime should be pushed back to before 1948.
﻿
﻿
Sections