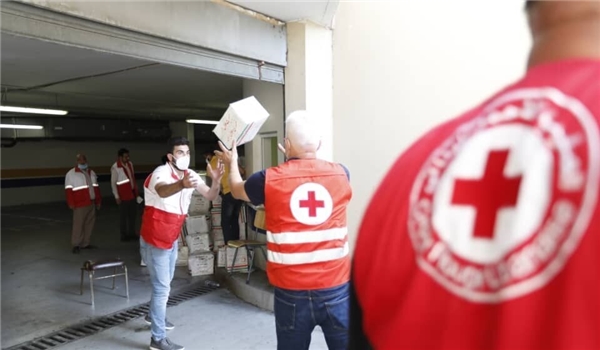 Deputy Head of IRCS Mohammad Baqer Mohammadi said the IRCS has sent a special group to Beirut on Friday to assess the damages to the city.

He said that diagnosis kits, and medicine needed by COVID-19 and cancer patients are the most urgent needs of the Lebanese people affected by blast in Beirut.

Face masks, alcohol, disinfectants, first aid kits and the equipment needed for performing minor surgeries are other items mostly needed by the people injured in the explosion in Beirut port.

A massive explosion rocked the Lebanese capital of Beirut on Tuesday, killing at least 157 people, wounding over 5,000 more, and smashing a vast area.

Yet, the health minister told Lebanon's LBC News that hundreds are feared dead and thousands have been wounded in the blast. He added that the death toll now stands at over 157.

The Lebanese Red Cross also declared that over 5,000 people have been wounded in the incident, while the numbers are still expected to rise. It added that over 157 dead bodies have been collected from the scene of the incident so far.

TEHRAN (FNA)- The director of the FBI refuted an often-repeated and unsubstantiated claim by President Donald Trump that mail-in ballots are being used for widespread voter fraud.
﻿
﻿
Sections