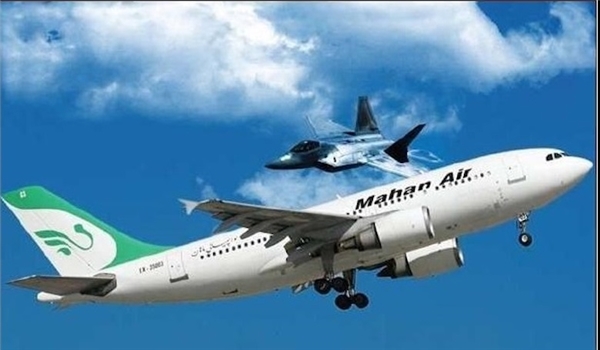 “It is incumbent upon the United Nations to reject such an unlawful and yet adventurist act and hold the United States accountable for this irresponsible behavior,” Takht- Ravanchi wrote in two letters sent to UN Secretary General Antonio Guterres and the Security Council on Friday.

He complained that Flight No. 1152 of Mahan Air, bound from Tehran to Beirut, “was aggressively and unexpectedly intercepted” by two American fighter jets on July 23 in Syrian airspace.

The envoy voiced Iran’s “strongest objections against this violation of international law” and emphasized the issue would be seriously followed up by the country through relevant international bodies.

Due to the US warplanes’ “offensive and hazardous maneuvering” and in order to save the passengers’ lives, the pilot had to instantly reduce altitude causing injuries to those onboard, the envoy added.

Iranian officials also conducted an inquiry after the civil plane returned from Beirut, he said, noting that the results of both investigations would be released “after the revision and finalization of the collected data and information.”

“It is obvious that the act by the US fighter jets is in blatant violation of the aviation security and freedom of civil aviation reflected in the 1944 Chicago Convention on International Civil Aviation and its relevant annexes as well as an infringement of the 1971 Montreal Convention for the Suppression of Unlawful Acts against the Safety of Civil Aviation,” Iran’s UN envoy added. 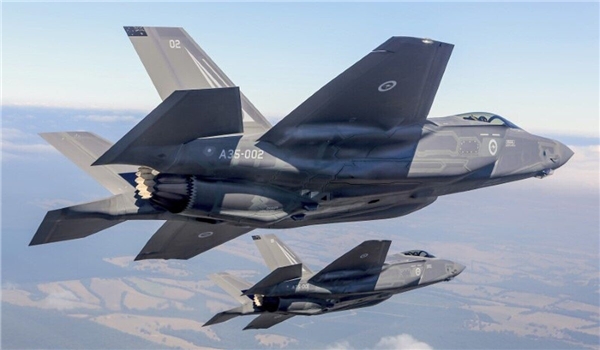 Speaking to FNA on July 24 about the hostile move of the US fighter jets against the Iranian Mahan Airbus late on Thursday, Eslami said, “This is a terrorist act which has been carried out by the US lawless and oppressive government. This is considered an international aggression typical of the lawless American government.”

"Iran considers the US fighter jets' threats as blatant instance of the violation of international law, regulations and aviation standards," the CAOI wrote in a communique on July 24.

Causing of disturbance for a passenger plane amounts to violation of the inalienable principles of international rules, Joneidi wrote in a note on July 24.

TEHRAN (FNA)- A Seattle police officer who appeared to roll his bicycle over the head of a protester lying in the street during Wednesday night's unrest has been placed on administrative leave, officials said.
﻿
﻿
Sections