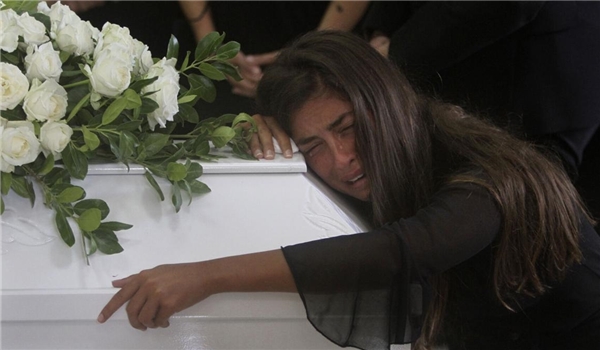 TEHRAN (FNA)- Lebanese authorities took into custody 16 individuals as part of an investigation into the Beirut port blast that killed almost 160 people and wounded thousands.

The state-run National News Agency (NNA) quoted Judge Fadi Akiki, a government representative at Lebanon's military court, as saying authorities had so far questioned more than 18 port and customs officials and individuals responsible for or involved in maintenance work at the warehouse housing highly explosive material that blew up.

"Sixteen people have been taken into custody as part of the investigation," NNA quoted Akiki as stating, without naming the individuals.

He added that the investigation was continuing.

After the explosion rocked the capital city of Beirut on Tuesday, the Lebanese government has decided to put all officials who oversaw storage and security there since 2014 under house arrest, until investigations are complete.

Lebanon's central bank has also ordered a freeze on the accounts of the heads of Beirut port and Lebanese customs along with five others, according to a central bank directive seen by Reuters news agency and confirmed by the central bank.

The investigation is being conducted by a special committee headed by the Justice Minister and includes Prime Minister Hassan Diab and the heads of major security agencies.

The government of Lebanon has given the "investigative committee" four days to determine responsibility for the devastating explosion in Beirut port, Foreign Minister Charbel Wehbe told French radio on Thursday.

Lebanese rescue workers and army soldiers are struggling to remove huge items of debris in search for possible survivors at Beirut's port.

The Lebanese Red Cross believes there are still 100 people missing, most of who were working at Beirut's port.

"We are doing our best as we are hoping to find people alive and trapped, but all we have found so far are the remains of people beyond recognition," said a rescue worker, who stated he has been working non-stop for the past 48 hours.

"Some foreign countries are sending help, but it might be too late for the people who may still be trapped under the debris," he added.

Lebanon's Ministry of Health announced that 157 people have been killed in the blast at Beirut's port on Tuesday, while at least 5,000 others have been injured. The explosion left 300,000 homeless, as vast part of the city has been fallen into ruin.

Red Cross volunteers at the scene of the explosion declared they expect the death toll to rise.

The Health Ministry announced all Beirut hospitals are overcrowded with those injured in the incident and can no more accommodate anyone.

Yet, the Health Minister told Lebanon's LBC News that hundreds are feared dead and thousands have been wounded in the blast. He added that the death toll now stands at over 157.

The Lebanese Red Cross also declared that over 5,000 people have been wounded in the incident, while the numbers are still expected to rise. It added that over 157 dead bodies have been collected from the scene of the incident so far.

Beirut Governor Marwan Abboud called it a "national catastrophe" and the prime minister declared a day of mourning.