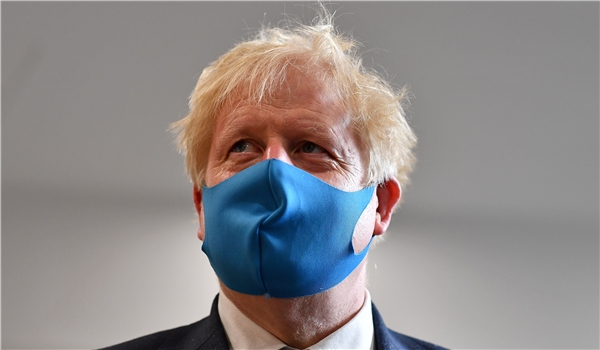 TEHRAN (FNA)- Prime Minister Boris Johnson has been accused of “actively ignoring” the families of people who have died from coronavirus after he and other government ministers refused to meet or engage with them.

At a hearing of the All-Party Group on Coronavirus on Wednesday, MPs were told by bereaved survivors that the prime minister had “pretty much ignored us” despite being sent three letters, according to The Independent.

The COVID-19 Bereaved Families for Justice group, which wants a judge-led inquiry into the government’s handling of coronavirus, is made up of 1,450 family members who have lost loved ones as a result of the pandemic.

Its members said they believed the government does not want to engage with bereaved people because it would amount to “acknowledging that we do have a huge death toll” and raise questions about the UK government’s handling of the disease.

Jo Goodman, one of the group’s organisers, told MPs, “We wrote to the prime minister three times beginning on 11 June asking for him to meet with bereaved families, and also Matt Hancock – calling for a public inquiry and to meet with us and hear our experiences."

“At first we only received a two-line acknowledgement and we eventually received a letter that said they are unable to meet with us due to the current pandemic. Obviously, given what we want to meet with them about ... it feels as if we’re being swept under the carpet," Goodman continued.

“I’d say speak to us. We really do want to ensure other people don’t go through this and we think it’s really important that bereaved families’ voices are heard,” Goodman added.

England has had the worst excess death record in Europe during the pandemic, and the government’s scientific advisers have suggested that Johnson’s comparatively slow decision to enforce a lockdown compared to Britain’s neighbours cost many lives.

Goodman noted that there was a “sense that the government doesn’t want to engage with bereaved families and the scale of loss that’s been experienced by us as a country, because it feels like that would be acknowledging that we do have a huge death toll, and there are a huge number of people struggling”.

Hannah Brady, another member of the group who lost her father (a food production worker) to the disease, told the hearing, “Dad had a lot of reasons to live, his daughters, his families, his community, his charity work, but he only needed one reason to die – the government’s sluggish response to the threat of COVID-19 to our country."

“If the government had taken heed of the WHO declaring COVID-19 a global pandemic emergency on 13 March and locked down even one week sooner than 23 March, COVID would have been far less prevalent in our society – and our NHS staff and key workers like my dad would have been sent to work without it costing so many of them their lives,” she noted.

She added, “My only aim in telling my dad’s story is to better highlight the failures of the government’s response to the first wave of this pandemic so that lives can be saved in the coming second winter wave ... I am subjecting myself to online abuse and trolling that COVID’s a hoax, COVID’s a lie, that I should be hanged for questioning our government, so that bereaved families are no longer ignored."

“We have a wealth of insight into the nightmare of contracting, suffering with, dying from, and grieving because of COVID. COVID-19 Bereaved Families for Justice have been willing to share our stories and experiences for months but until today in this meeting we have been actively ignored by those who could listen and make a difference,” she announced.

Charlie Williams, another member of the group, told MPs, “We have so many traumatic stories within our group and none of us are getting support from the government as bereaved families whatsoever."

“We are literally trying to help and support each other. We’ve reached out to the government several times by writing letters to him [Boris Johnson] and he’s pretty much ignored us. We haven’t even received a condolence from our government – we received a two-line reply acknowledging our letter with no condolences," Williams said.

“We find that shocking: we’ve got so much information to give in order to save lives before the second wave and we hope this government will please listen to us," Williams added.

The APPG, made up of MPs and peers from across parliament, is conducting its own inquiry into coronavirus. It is largely being conducted by video chat for social-distancing reasons.

Johnson has suggested the government may hold its own investigation but has been unclear about what terms it may be held under and who it could be led by.

“It is unacceptable that bereaved families have been met with such a wall of indifference from No 10. The prime minister must agree to listen to families who have lost loved ones to coronavirus and take their concerns on board,” she added.

“We also need greater support for bereaved families and those living with long-term COVID symptoms. This cross-party inquiry will continue to hear from those impacted by this terrible disease, so we can put pressure on the government, learn lessons and save lives,” she continued.