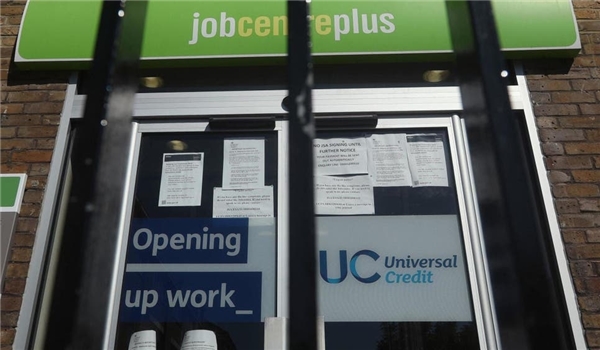 TEHRAN (FNA)- Parents, carers and disabled people are at least twice as likely to face redundancy during the coronavirus pandemic as the rest of the working population in the UK, according to new research.

A report by Citizens’ Advice indicates that two in five people with caring responsibilities, either for children or vulnerable adults, are currently facing redundancy, meaning they have either been made redundant or are about to be, or they have had informal discussions with their employer about redundancy, according to The Independent.

The same applies to more than one in four disabled people — rising to 37 percent of those who said their disability has a large impact on their day-to-day life — according to the research. This compares to one in six of the working age population.

The new figures, based on a survey of more than 6,000 adults, come as demand for advice on redundancy from Citizens’ Advice has increased almost seven-fold since February, with frontline staff providing support to 2,508 people with such issues in July, compared to 368 in February.

In one case, Natalie, a retail worker, had previously always been able to work shifts around her childcare, but she was told she would be made redundant after returning from furlough because she wasn’t able to work more flexible hours.

The mother-of-one has applied for universal credit, but fears it won’t cover her essentials bills.

“I’ve been so worried that I could lose my house as I don’t know how long it will be until I find another job. I’ve always worked and never been unemployed. This is quite a scary scenario,” she said.

“I’ve had to call my family and my ex-partner to see if they can help pay my mortgage, as the thought of losing my home scares me. It would destroy me,” she added.

“We’re seeing a lot of redundancy issues, but it gives you a sinking feeling when someone who’s been shielding, is a carer or has young kids tells you they’ve been picked as the first to go,” he added, noting, “We’re retraining some of our advisers on employment rights because we know what we’re seeing now could be just the tip of the iceberg.”

Citizens’ Advice announced that while all workers were protected by law against discrimination, workers currently have no guarantee these laws will be enforced, and will often be unable to call for their situation to be investigated if they have been unfairly sacked or treated. While they could take their issue to an employment tribunal, there was a backlog of 400,000 cases going into this crisis.

The charity is calling for a single watchdog to enforce employees’ rights — something the government committed to establishing in the 2019 Queen’s Speech. In the meantime, it is urging that emergency funding be given to the existing enforcement bodies.

Dame Gillian Guy, chief executive of Citizens Advice, said, “Employers face difficult choices, but there are worrying signs disabled workers, people who shielded, parents and carers are being pushed to the front of the queue when it comes to redundancy."

“As tough as these times are, they cannot be used as an excuse to break the rules. If someone is facing an unfair redundancy, the odds of getting redress under the current system are stacked against them. Workers need a watchdog that will be a one-stop shop to protect their employment rights,” she added.

James Taylor, executive director of strategy, impact and social change at disability equality charity Scope, warned that without “urgent” action, the UK “could be hurtling towards a state of emergency for disability employment”.

A Business, Energy, Industrial Strategy spokesperson said, “Redundancies which are based on unlawful discrimination are completely unacceptable. Legislation is in place to ensure processes are fair and reasonable, as well as being informed by appropriate equalities considerations."

“We urge employers to avoid cutting jobs where they can during this difficult period and to continue to access the Job Retention Scheme where possible. Employees who believe their redundancy was unfair may be able to complain to an employment tribunal,” the spokesperson continued.