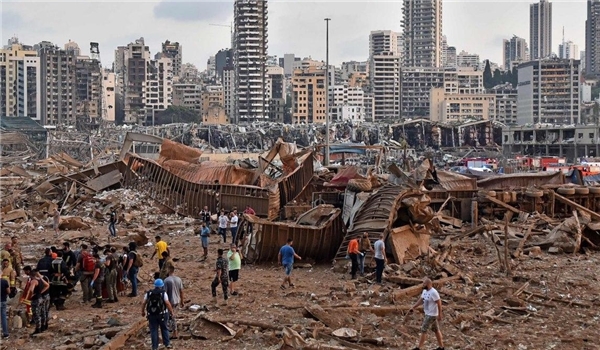 Zarif referred to his phone talks with Lebanese Foreign Minister Charbel Wehbe on Wednesday, and wrote on his twitter page that during the conversation he had "reiterated Iran's strong and steadfast solidarity with people of Lebanon in call with FM Wehbeh".

"Iran is sending field hospital and medicine to assist with disaster relief," he added.