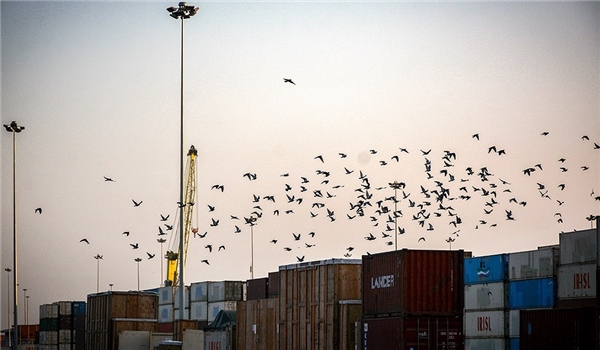 "Trade ports are the most important criterion and indicator of activation of economy of a country,” Rastad, who is also the Chief-Executive of Ports and Maritime Organization (PMO), said on Wednesday.

He added that activities in Iranian ports do not stop even for a moment, offering quality loading and unloading services to incoming and outgoing vessels.

The Islamic Republic of Iran has many capabilities and capacities in maritime sector, the issue of which is paid due attention in the international arena, Rastad stressed.

Given its high capability and capacity, Iranian ports have inked sisterhood agreements with more than 40 ports in the world, he added.

In relevant remarks in December, Iran’s Deputy Minister of Road and Urban Development for Transportation Shahram Adamnejad said that his country is open to expanding regional and international cooperation on transportation, adding that Tehran sees such a strategy as an opportunity.

Addressing the 14th Meeting of the Intergovernmental Commission Transport Corridor Europe-Caucasus-Asia (TRACECA) in Baku, Adamnejad said that Iran is prepared to forge effective interactions in line with resolving special issues relating to transportation with the other countries.

Referring to the strategy of developing TRACECA during 2016-2021, he added that Iran believes that the strategy is an opportunity for boosting cooperation among the countries engaged in the project.

The Iranian official further noted that his country is present in the meeting with the approach of fostering transportation diplomacy, as its special geographical location has turned it into a linking road for TRACECA member states to Persian Gulf, Black Sea and Central Asia.