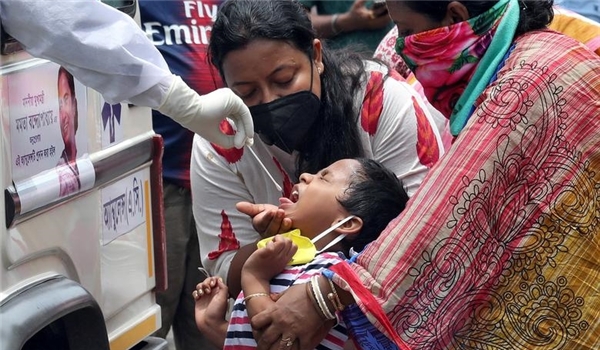 During the past 24 hours, 56,282 new COVID-19 cases and 904 new deaths were reported across the country, according to Xinhua.

According to the data, 1,328,336 people have been successfully treated and discharged from hospitals while there are 595,501 active cases in various hospitals across the country.

Thursday was the seventh consecutive day when over 50,000 new cases were registered in the country. The sudden surge is mainly attributed to the central government's focus on ramping up the testing of samples.