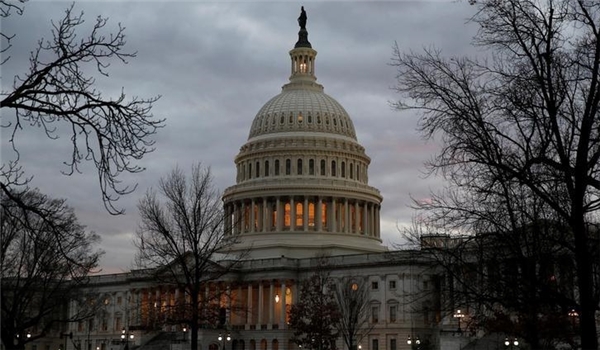 Lichtman was one of the few forecasters who predicted the Trump's election in 2016. Over decades of observing presidential politics, he has developed a system of 13 “key factors” to help determine whether the party in the White House will maintain its hold. The factors range from whether the party has an incumbent president running to short- and long-term economic conditions.

“The keys predict that Trump will lose the White House,” the professor said in a video op-ed published by The New York Times on Wednesday.

Lichtman claims to have accurately predicted the winner of every presidential election since 1984, though he predicted that former Vice President Al Gore would win the election in 2000. Although Gore won the popular vote, former President George W. Bush won the electoral college.

According to Lichtman’s system, seven factors favor the former vice president, including Democrats making gains in the 2018 midterm elections, short- and long-term economic hits amid the ongoing coronavirus pandemic, and “social unrest” sparked by the police killing of George Floyd earlier this year.

Lichtman also cited “scandal” for the White House, including Trump’s impeachment earlier this year, and the president not having any major foreign or military successes. He also claimed that Trump is not a “charismatic” candidate for large swaths of the country.

The factors that favor the president include there being "no primary contest for the White House party", Trump being the incumbent and there being no significant third-party challenger.

Lichtman also cited major policy changes such as Trump’s 2017 tax cut, the White House having no major foreign or military failures, and Biden not being "inspirational or charismatic".

However, Lichtman admitted that “there are forces at play outside the keys”, citing potential voter suppression efforts, possible meddling from Russia in the 2020 election and more.

“It’s up to you, the voter, to decide the future of our democracy,” he added.