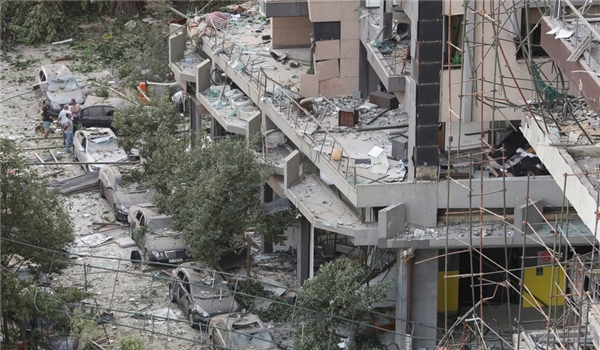 TEHRAN (FNA)- Chairman of Iran's Expediency Council (EC) Sadeq Amoli Larijani called on all Islamic countries to show solidarity to assist the Lebanese government and nation to pass the difficulties and sufferings resulted from the Tuesday massive explosion in Beirut.

Addressing a meeting of the Expediency Council on Wednesday, Amoli Larijani urged Muslim countries to help the disaster-stricken people and government of Lebanon, and said, “The Islamic Republic of Iran will stand by the Lebanese people and will spare no efforts in helping them.”

He extended his deep condolences to the government, people and forces of Lebanese Resistance Front and Hezbollah, specially Secretary General of Lebanese Hezbollah Resistance Movement Seyed Hassan Nasrallah, over the death of over 135 people in Beirut port’s explosion, and wished a speedy recovery to the injured.

The occurrence of this tragic, heartrending and sad incident caused great sorrow and grief to all Muslims and all people in various countries, he said, adding, “It is necessary for all countries especially Muslim countries to help Lebanese government and people to solve their problems and dire consequences of this incident.”