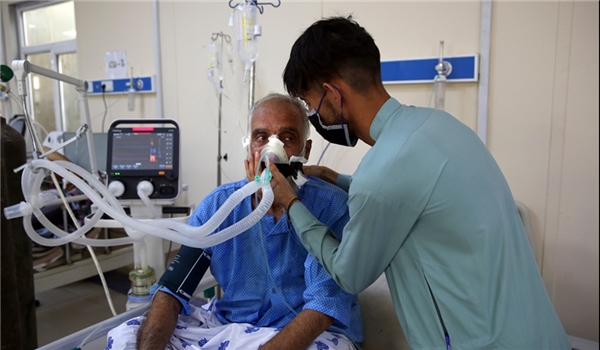 TEHRAN (FNA)- Nearly a third of Afghanistan’s population – or 10 million people – has been infected with the coronavirus, according to Health Ministry estimates published Wednesday.

The figure comes from a survey based on antibody tests on around 9,500 people across the country, with technical support from the World Health Organization (WHO), Health Minister Ahmad Jawad Osmani said at a press briefing, according to presstv.

The survey estimated that 31.5 percent of the population had contracted the virus, with the highest infection rate in Kabul where more than half of the city's five million population were thought to have been infected.

But the country of around 32 million people has only limited testing capacity and has officially declared just 36,000 cases and more than 1,200 deaths.

"A second wave of the infection is happening everywhere in the world and we cannot be an exception. We will use the findings of this survey to better prepare ourselves for a possible second wave," Osmani added.

More than 18 million people worldwide have been infected with the virus since it first emerged in China late last year.

Since then Afghanistan, already wracked by decades of war, has been ravaged by COVID-19.

A survey on the mortality rate of coronavirus Afghanistan is under way.