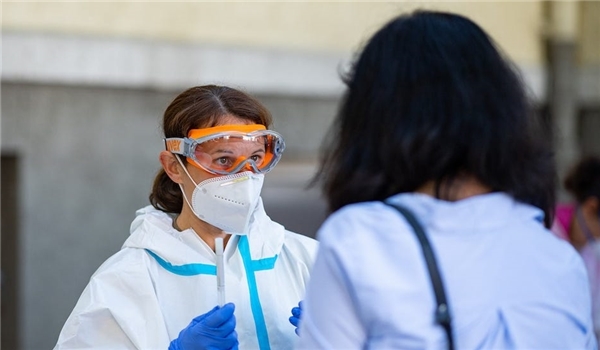 TEHRAN (FNA)- The number of confirmed coronavirus cases in Germany increased by 1,045 to 213,067, data from the Robert Koch Institute (RKI) for infectious diseases showed on Thursday.

The reported death toll rose by seven to 9,175, the tally showed, according to World News.

Germany is already contending with a second wave of the coronavirus and risks squandering its early success by flouting social distancing rules, the head of the German doctors' union warned.

The number of daily confirmed coronavirus cases has ticked up steadily in recent weeks, with health experts warning lax adherence to hygiene and distancing rules among some of the public is spreading the virus across communities.

"We are already in a second, shallow upswing," Susanne Johna, president of Marburger Bund, which represents doctors in Germany, told the Augsburger Allgemeine newspaper.

She noted there was a danger that a longing to return to normality and suppression of containment measures would fritter away the success Germany had achieved so far, urging people to stick to social distancing and hygiene rules and wear masks.

Europe's biggest economy has so far withstood the pandemic with far fewer deaths than some large neighbors like France and Italy, owing to widespread testing, a well-equipped healthcare system and good adherence to social distancing.

A leading German health official has also urged people to be more responsible, as a sharp hike in new cases of COVID-19 causes “serious concerns”.

Lothar Wieler is worried about the rise in COVID-19 cases in that country, blaming the population for losing discipline when it comes to social distancing and other protective measures.

He believes people’s increasingly relaxed behavior at home, outdoors and at work has contributed to the latest hike.

Germany can prevent a second wave of the coronavirus later this year if people remain vigilant, the country’s Health Minister said, warning German holidaymakers not to be complacent over the risks.

“We have to try particularly now in the holiday season to prevent infections,” Jens Spahn told a news conference Monday, adding, “We don’t automatically have to expect a second wave in the autumn and winter. Together, as a society, we can prevent that, as we did once before: breaking the wave and keeping the pandemic in check.”

Spahn noted it was important to remain alert when traveling abroad and that he was worried by pictures showing holidaymakers ignoring social distancing rules.

German Chancellor Angela Merkel had cautioned that the coronavirus pandemic is far from over, as regional outbreaks gave rise to fears of a second wave.

Merkel stated that getting Europe’s economy back on track is her primary goal as Germany takes over the rotating European Union presidency next week, but stressed that everyone shared a “joint responsibility” in following social distancing, mask and hygiene rules as lockdown rules are relaxed.

“The risk posed by the virus is still serious,” Merkel said, adding, “It’s easy to forget because Germany has gotten through the crisis well so far, but that doesn’t mean we are protected, that the risk has been averted; that is not the case, as is demonstrated by these regional outbreaks.”

The number of COVID-19 infections across Germany could be 10 times higher than official numbers show, researchers had concluded after conducting a study in one of the country’s hardest-hit towns.

RKI had announced that COVID-19 outbreaks have been reported in nursing homes and hospitals, institutions for asylum seekers and refugees, in meat processing plants and logistics companies, among seasonal harvest workers and in connection with religious events and family gatherings.

Merkel had called the coronavirus pandemic the biggest challenge to the “life and health of our people” since WWII. She also stated that the country is “not living in the final phase of the pandemic, but still at the beginning”.