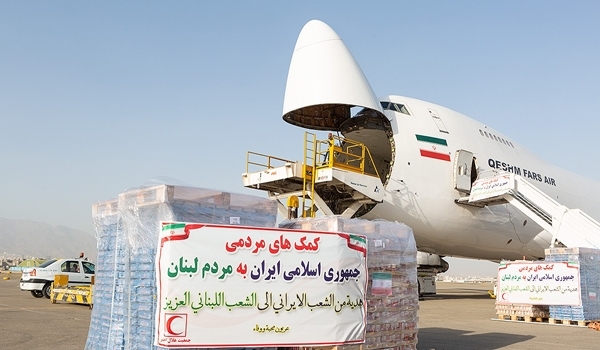 TEHRAN (FNA)- Iran's Red Crescent Society dispatched its first cargo of humanitarian aid, including 95 tons of food and medicine along with a field hospital, to Lebanon on Wednesday.

Deputy Head of the Red Crescent Society for Relief and Rescue Mohammad Baqer Mohammadi said on the sidelines of the ceremony to dispatch the shipment late on Wednesday that in the first phase of sending this consignment of humanitarian aid to those affected by the explosion on Tuesday evening, most of the sent medicine included those needed for curing burns, trauma, fractures and the like.