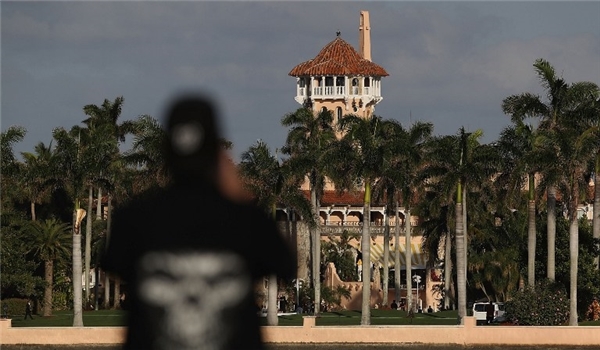 TEHRAN (FNA)- A trio of 15-year-old boys scaled a wall outside of US President Donald Trump’s Mar-a-Lago resort in Florida carrying a loaded AK-47 in a backpack, in what police say was a desperate attempt to evade arrest.

The three teens were taken into custody soon after they breached the walls around the resort on Friday, according to Palm Beach Police Spokesman Michael Ogrodnick, who said the boys tried to dump a backpack containing a loaded semi-automatic Mini Draco AK-47 with a 14-round magazine, according to RT.

He added that the suspects likely did not know where they were at the time, however.

“Honestly, I really don’t believe they even realized where they were in terms of location and proximity to Mar-a-Lago,” Ogrodnick stated, suggesting they did not deliberately break into the president’s club, which is closed for the summer.

The spokesman noted that the teens are fortunate Trump was not on site, as they may have been shot by Secret Service agents.

The three youths were initially seen in a parked car in the early hours of Friday some two miles north of Mar-a-Lago, local media reported, citing a police report. They fled when an officer attempted a traffic stop and eventually ended up on foot, scaling a wall surrounding the club grounds. Police used a helicopter and a K-9 unit to locate the teens, who never attempted to enter any buildings on the resort. They claim they found the loaded weapon, and as of Wednesday police have no leads on its owner.

The boys all remain in custody at a juvenile detention facility, each charged with trespassing with a firearm, burglary with a firearm and resisting arrest without violence. The State Attorney’s Office has yet to decide whether they will face felony charges as adults.

The incident is not the first attempted intrusion at the resort, dubbed the “Southern White House”, where Trump often spends his weekends.