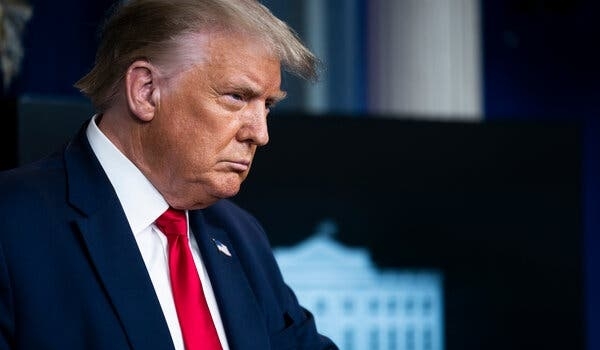 The NY Times report follows a court filing prosecutors wrote earlier this week hinting that its subpoena for Trump’s tax returns is part of a larger investigation into the Trump Organization, including potential fraud allegations detailed in media reports in recent years.

The subpoena from the office of the Manhattan district attorney, Cyrus Vance Jr., appears to be the first instance of a criminal inquiry involving Trump and his dealings with Deutsche Bank, which has lent him and his company more than $2 billion over the past two decades, the daily reported.

A person briefed on the matter told the Times that the inquiry is still at an early stage.

The subpoena sought documents on various topics related to Trump and his company, including any materials that might point to possible fraud, the paper reported.

The bank reportedly complied with the subpoena, and last year supplied Vance's office with detailed records of financial statements and other materials Trump provided to the bank as he sought loans.

Trump has fought the subpoena for his financial records. The Supreme Court in a 7-2 ruling in July rejected Trump’s claims that he was immune from state criminal investigations such as the one in New York. Trump’s attorney followed with a new complaint arguing that the subpoena is overly broad and amounts to presidential “harassment”.

In response to the Monday court filing hinting at a larger investigation into conduct at the Trump organization, Trump stated that the prosecutor's inquiry into his tax returns is a “continuation of the witch hunt”.