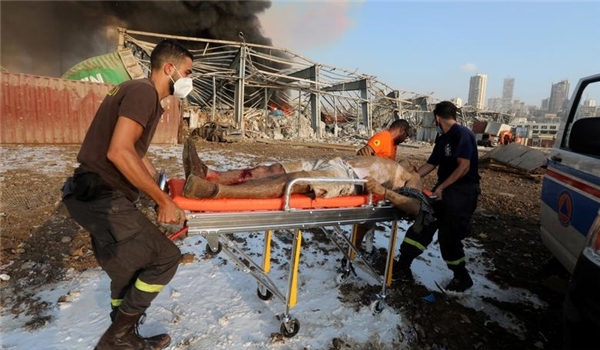 “At present, the Americans and the Zionist regime are the most beneficiaries, specially after one of Hezbollah forces was martyred in Israel’s bombings in the past few weeks and Israel feared Hezbollah’s harsh revenge,” Seyed Reza Sadr al-Hosseini told FNA on Wednesday.

“It seems that the Zionist regime benefits from the explosion in short term as it may delay Hezbollah’s retaliation,” he added.

Sadr al-Hosseini said that the US and Israel were in the past few years after increasing economic and security pressures on Lebanon to foment unrests and prevent internal integrity in the country.

A massive explosion rocked the Lebanese capital of Beirut on Tuesday, killing at least 100 people, wounding over 5,000 more, and smashing a vast area.