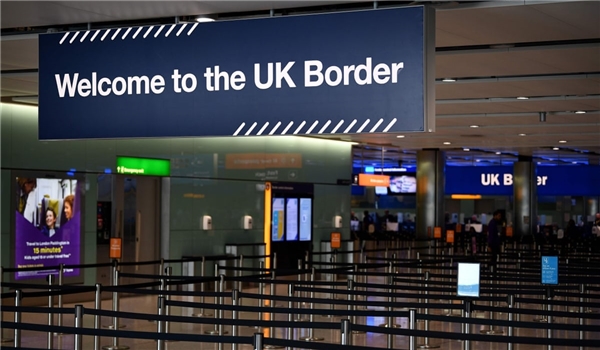 The UK Home Office has agreed to scrap its “visa streaming” algorithm, in response to a legal challenge by The Joint Council for the Welfare of Immigrants (JCWI) and digital rights group Foxglove, according to RT.

A letter sent to the campaign groups confirmed that Home Secretary Priti Patel is to suspend the controversial artificial intelligence (AI) system on August 7. A redesign - scheduled to be completed by the autumn - will consider “issues around unconscious bias and the use of nationality” in automated visa applications.

In their submission to the high court, The JWCI and Foxglove insisted that the algorithm created a traffic light system for applicants, where a so-called “fast lane” would allow “speedy boarding for white people” from the most favored nations in the Home Office system.

The Home Office has rejected that characterization. However, The JWCI’s legal policy director - Chai Patel - claimed the algorithm was the product of “decades of institutionally racist practices” that targeted “particular nationalities for immigration raids”.

The “streaming algorithm", which campaigners claim created a “hostile environment” for immigrants, has been used since 2015 to process visa applications to the UK.

People from red-flagged countries “received intensive scrutiny by Home Office officials", took longer to process and “were much more likely to be refused” a visa, according to The JWCI. The group argued that this procedure amounted to racial discrimination, putting it in breach of the UK Equality Act.

The UK Home Office is no stranger to courting race-related controversy. The 2018 Windrush scandal which concerned people who were wrongly detained and denied benefits in the UK, with scores deported to Caribbean countries, is a case in point.

It emerged that in 2010,  the Home Office – led by former UK PM Theresa May – destroyed the flight landing cards for a generation of Commonwealth citizens who had migrated to the UK, leaving many Caribbean migrants fearing for their right to remain in the country.

The ‘hostile environment’ - a policy created by May - was designed to make staying in the UK as difficult as possible. It was best illustrated by the 2013 ‘go home vans’ that toured the country, trying to encourage ‘illegal immigrants’ to leave voluntarily.