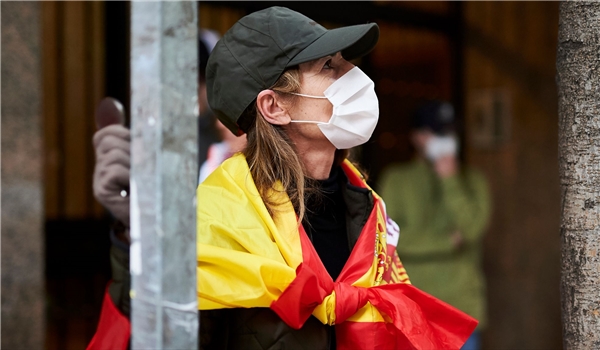 TEHRAN (FNA)- The number of people killed by COVID-19 in Spain is more than 16,000 higher than the official death toll, a new investigation claims.

Data analysis by El País, one of Spain’s main newspapers, found at least 44,868 people died due to the virus rather than the 28,432 recorded by the Spanish Health Ministry.

The figure would make Spain’s death toll the second-highest in Europe, just shy of the UK’s 46,210.

El País said its team combined records from regional authorities around the country with three studies on the number of excess deaths, and included people who died with suspected COVID-19 as well as confirmed cases.

The Spanish Health Ministry figures currently only count people who test positive for the virus.

The official tally is widely suspected to underestimate the true count by omitting a large number of deaths earlier in the outbreak, when the virus had caught European governments off-guard before they had a chance to ramp up testing capacities.

Separate studies carried out by the Carlos III Institute of Health, Spain’s National Statistics Institute, and the Spanish Association of Funeral Professionals and Services counted 44,418, 44,395 and 43,985 deaths respectively.

The Carlos III Institute of Health and the National Statistics Institute are both state-funded, answer to other government departments, and based their findings on official data.

They compared the number of deaths which occurred during the height of the outbreak to the averages across previous years.

According to El País the difference between its findings and the official toll was starkest in the four worst-hit regions of Madrid, Catalonia, Castilla-La Mancha and Castilla y León which account for three-quarters of deaths in the country.

It is believed to be driven by thousands of deaths in nursing homes among patients who were never tested, as well as some at home.

The WHO initially said only patients who test positive for the virus should be counted in death tolls, however in June it widened its criteria to include people who are strongly suspected to have caught it.