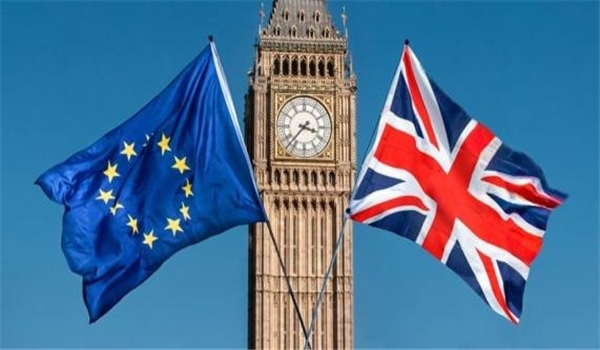 TEHRAN (FNA)- The number of British nationals emigrating to other EU countries has risen by 30% since the Brexit referendum, with half making their decision to leave in the first three months after the vote, research found.

Analysis of data from the Organisation for Economic Co-operation and Development (OECD) and Eurostat shows that migration from Britain to EU states averaged 56,832 people a year in 2008-15, growing to 73,642 a year in 2016-18, according to The Guardian.

The study also shows a 500% increase in those who made the move and then took up citizenship in an EU state. Germany saw a 2,000% rise, with 31,600 Britons naturalising there since the referendum.

“These increases in numbers are of a magnitude that you would expect when a country is hit by a major economic or political crisis,” said Daniel Auer, co-author of the study by Oxford University in Berlin and the Berlin Social Science Center.

According to interviews, half chose to leave the UK quickly.

“Another important finding from the empirical evidence associated with Brexit is reduced levels of consideration and level-headedness in decision-making, with increases in levels of impulsiveness, spontaneity and corresponding risk-taking,” the researchers stated.

While the withdrawal agreement signed in January enshrines the residency, work and social rights of EU citizens in the UK and Britons in the rest of the bloc, it failed to guarantee the free movement rights of British migrants, restricting future employment and residency prospects in other member states.

Co-author Daniel Tetlow noted that “Brexit was by far the most dominant driver of migration decisions since 2016”.

The jump in citizenship was “further evidence that an increasing number are making migration decisions to protect themselves from some of the most negative effects of Brexit on their lives”, the report added.

The key loss for British nationals is the freedom to move country within the EU or to work or offer services across a border. This does not apply to EU nationals in the UK who retain free movement rights beyond Brexit courtesy of their EU member state citizenship.

It means that unless British nationals take out citizenship in their host country, they can no longer work in or offer a service to another EU member state, impacting professions including accounting, law, architecture, translation and health.

The biggest jump in migration was to Spain, where an estimated 380,000 British nationals live. Registration has not been essential in the country so many have lived there without being included in official Spanish immigration data, with an average of just 2,300 a year registering as migrating to the country between 2008 and 2015. After the referendum, this jumped fivefold, with 21,250 registrations in the two years between 2016 and 2018.

The second most popular country for British nationals was France, which does not require registration of EU migrants. Between 2008 and 2015 the number of registrations was just over 500 a year. After the referendum this rose tenfold with 5,000 registrations over the following two years.

Interviews with migrants in Germany for the study found those who had made the move to the EU since 2015 considered it a “big risk” but were prepared to make the trade-off to secure future residency and employment routes across 27 countries.

Tetlow said the rise in naturalisation numbers was a striking commitment “to integrate or socially embed”, with an increase in language learning and community involvement.

“We’re observing a new social integration phenomenon and a redefining of what it means to be British European. In 2019, Brits came in just behind Turks in numbers receiving German citizenship – way ahead of Poles, Romanians, Iraqis or Syrians,” he added.

Andreas Mitchell’s family moved from Scotland to Germany in 2018 after the 20-year-old was diagnosed with a form of leukaemia and they feared Brexit could delay medicines or treatment.

Andreas said, “About six months after the referendum I was diagnosed with acute lymphoblastic leukaemia. I was getting treatment but these kind of things can start deteriorating over the years, and eventually we decided we should probably leave in case things started to get difficult."

“We had a fear that if a hard Brexit came there could be delays at the border with medicines coming through and my treatment would have to be prioritised and it would get interrupted by two or three weeks. With leukaemia you can’t wait a few weeks,” he continued.

He added, “It became a question of should we stay, things deteriorating financially for the family – petrol into Aberdeen every day mounts up cost-wise and there was a risk if my treatment got postponed.”

Mitchell’s German-born mother, Uschi, said they loved their life and home in Huntly, Aberdeenshire, and they miss their family and friends there – but the town and area have already changed significantly because of Brexit.

“Even without COVID-19 the economy had started to contract. People and investors alike became increasingly cautious when it came to spending money,” she added.

They also considered Ireland and Italy, but Uschi got a job in Germany. Fear over Brexit was “the main factor”, she added, saying, “Where we were wasn’t brilliant for work so we thought we would not be able to sustain ourselves and Andreas’s diagnosis was a big scare, so Brexit was the big push in the end.”