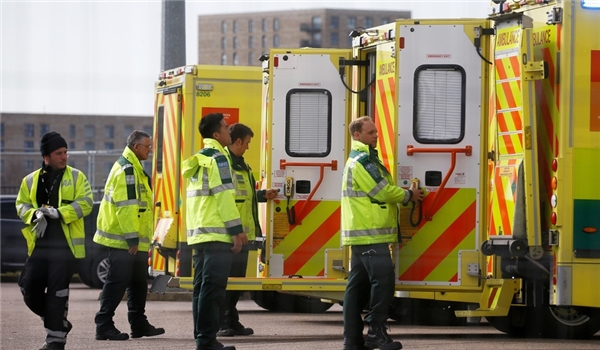 TEHRAN (FNA)- London Mayor Sadiq Khan hit out at Prime Minister Boris Johnson for not including him in the UK government’s contingency planning in the event that the city sees a second wave of COVID-19.

In a letter sent to the prime minister on Monday, Khan insisted that it was “totally unacceptable” for him not to be involved in the “far reaching” contingency proposals, according to RT.

The mayor noted that several media reports on Sunday said that the “plans included using the M25 (motorway that circles Greater London) as a quarantine ring - effectively sealing off the city”.

Khan effectively told Johnson to put the brakes on such ideas. The Labour mayor appeared particularly irritated at not being invited to a COBRA meeting (the government’s top-level crisis committee) on the coronavirus crisis for 12 weeks.

"Decisions continue to be taken without consultation with those who run and understand the country's biggest city," he added.

“This must stop,” Khan angrily told Johnson, noting that “riding roughshod over democratically elected representatives” would only lead to worse outcomes for Londoners and Britain as a whole.

Khan - who has been a consistent critic of the government’s handling of the COVID-19 outbreak - claimed that the PM’s administration had been “slow to take decisions” or had taken the “wrong decisions” during the pandemic.

The 49-year-old former Labour MP for Tooting, South London, stated that it was “highly regrettable” that transitional arrangements for London, which included the involvement of key partners, namely the mayor and his government, have essentially been “ignored".

The UK’s capital has suffered greatly during the pandemic with commuters staying at home - meaning the city’s transport network is losing 90 percent of vital revenue. As a result, Khan secured a £1.6 billion UK government bailout for Transport for London (TFL). However - somewhat controversially - it was only granted on the basis that Khan increase the vehicle congestion charge, end his TFL fares freeze and temporarily remove free travel for school children.

TEHRAN (FNA)- Dozens of protesters were arrested amid a rally in Louisville after no officers involved in Breonna Taylor's death were charged for homicide. [VIDEO]
﻿
﻿
Sections