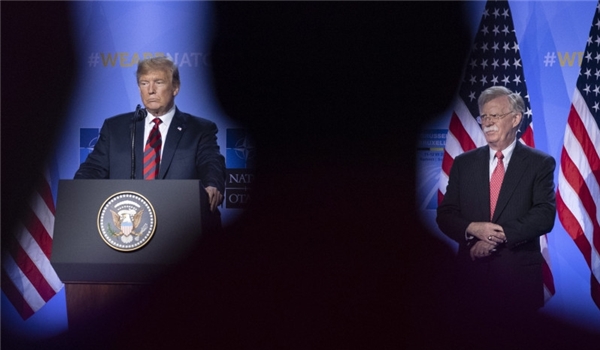 TEHRAN (FNA)- Foreign Ministry said that Iran would enforce sanctions on Richard Goldberg, an ex-aide to former US National Security Adviser John Bolton, as a countermeasure to his hostile remarks pertaining to extension of arms embargo against Iran.

Iran’s Foreign Ministry announced in a statement that the decision has been made in accordance with the 2017 Law on Combating Human Rights Violations and US Adventurous and Terrorist Actions in the Region passed by the parliament.

A member of the Foundation for the so-called ‘Defense of Democracies’ (FDD), Goldberg has recently claimed that even if US Secretary of State Mike Pompeo could persuade Russia to extend the arms embargo on Iran as per the contents of the Joint Comprehensive Plan of Action (JCPOA), it would be worthless to maintain the deal, which was achieved under the former US President Barack Obama, because it would enable Iran to “develop nuclear weapons, when the deal's restrictions are removed.” 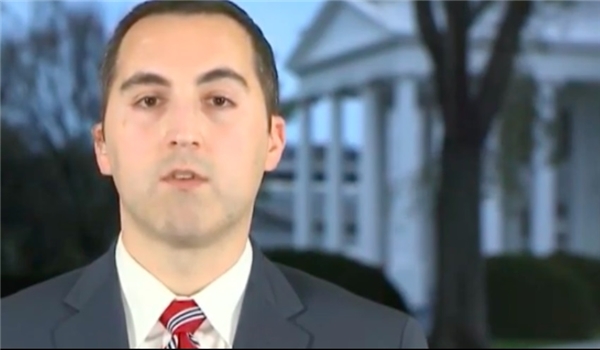 “In order to achieve the goals of the aforementioned law in imposing sanctions on American individuals who are actively involved in economic terrorism against the interests of the Iranian government and citizens, Richard Goldberg, an affiliate to the FDD and former aide to the ex-US national security advisor, John Bolton, will be placed under sanctions set forth in articles 6 to 8 of the said law,” the Foreign Ministry’s statement said.

Last week, Iranian Deputy Foreign Minister Mohsen Baharvand said the United States is attempting to destroy Joint Comprehensive Plan of Action (JCPOA) and cause turmoil in the region, adding that this irrational conduct will end in failure of nations in the region and beyond.

Bahravand referred to the recent efforts by the US to extend Iran’s arms ban (expiring in October), including the Special Representative for Iran and Senior Policy Advisor to Secretary of State Mike Pompeo Brain Hook’s tour to the region, and said that these moves are aimed at destroying JCPOA (Iran Nuclear Deal) and making the region turbulent.

The regional and world countries shouldn’t be deceived by the US, he noted adding, “Americans know it well that Iran is a logical player and has never been a security threat for the regional nations.”

The official emphasized that Washington has propagated and behaved during the recent months in a bid to portray Iran as a threat to regional security and ultimately extend the arms sanctions against Tehran.

The US State Department, issuing a statement on Tuesday, announced that Hook is going to visit European officials, including British Prime Minister Boris Johnson. The statement adds that Hook will start his tour from Estonia.

The US State Department added that Brian Hook will urge Washington’s allies in Europe to give positive vote on the UN Security Council Resolution 2231 regarding Iran’s arms embargo.

The statement went on to say that US official had travelled to Tunisia, Qatar and Kuwait to convince the officials of these three countries that Iran is a security threat in a bid to extend the arms ban against Iran.

Brian Hook had once said that the US’ effort to extend the arms sanctions on Iran is to counter what he called “Iran’s proxy job against American interests” in the region.

In mid-July, Iranian President Hassan Rouhani warned the Group 4+1 (France, Britain, China and Russia plus Germany) that the US-desired extension of arms embargos against Tehran will deal a heavy blow to international laws and multilateralism.

“If the G4+1 does not act precisely today and be influenced by the US, they will deal an essential blow to the international laws and rules and multilateralism, and this will harm everyone,” he added.

President Rouhani, meantime, said that the US has so far been defeated in its political and legal moves, expressing the hope that Washington’s failures would continue as a result of the G4+1 and other countries’ vigilance, and the damages inflicted on the nuclear deal would be repaired by the European states.