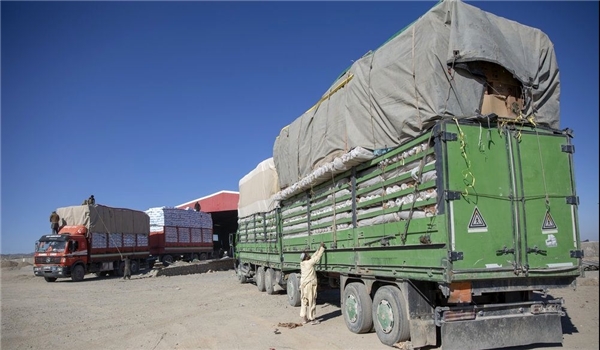 Head of South Khorasan Customs Office, Mohammad-Ali Khashi, said on Saturday that traders and companies have exported a total of 1.05 million tons of goods worth over $186.11 million from the province during the first four months the current year.

The figures show a 98% and 43% rise in terms of value and volume respectively compared with the same period of the last year, he added.

Afghanistan, Iraq, Turkey, Azerbaijan and Taiwan were the top destinations of the Eastern province’s exports during the period, Khashi noted.

In relevant remarks in October, 2019, a local official said that Iranian traders and companies have exported some $151 million worth of non-oil goods to Afghanistan through the Eastern province of South Khorasan in the first 6 months of the current local calendar year (March 21-September 22), adding that Afghans have exported $26 million worth of commodities to Iran in the same period.

“Some $151 million worth of Iranian goods were exported to Afghanistan in the last six months,” said Davoud Shahraki, Head of South Khorasan’s office of Ministry of Industry, Mine and Trade on October, 2019.

Some $26 million worth of Afghan goods were imported from Birjand and Mahiroud border crossings during the past six months, according to the official.