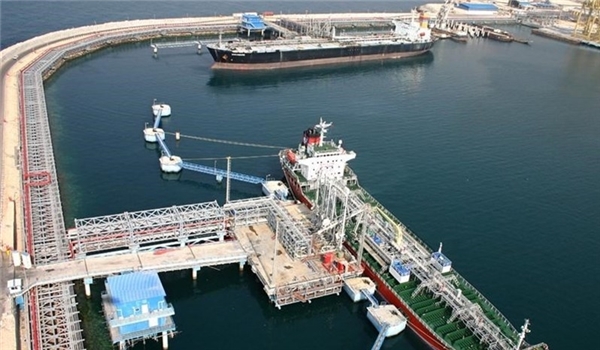 TEHRAN (FNA)- Over 6 million tons of non-oil goods, worth $1,467,652,224, were exported via Pars Special Economic Energy Zone (PSEEZ) in four months of the current Iranian year (March 20 to July 21), according to the Head of PSEEZ Customs Office Amir Abbas Hamidi.

Hamidi made the remarks in an interview with Fars News Agency on Saturday, adding, “Over 6,043,568 tons of products (including methanol, propane, butane, light- and heavy polyethylene, gas condensates, ammonia, sulfur, styrene and crude oil) were exported in the same period.”

In a relevant report in late June, he announced that PSEEZ had exported 4.4 million tons of oil products valued at $1.09 billion in the first three months of the current Iranian year (March 20, 2020-June 20, 2020).

“The exports of non-oil products from South Pars Customs Department General is experiencing an increasing trend despite limitations and restrictions imposed by the US against the Islamic Republic of Iran," Head of PSEEZ Customs Office Amir Abbas Hamidi said on June 28.

Home to the largest gas field in the world, South Pars Special Economic Energy Zone, as the capital of energy in Iran, is considered as the hub of export of non-oil products.