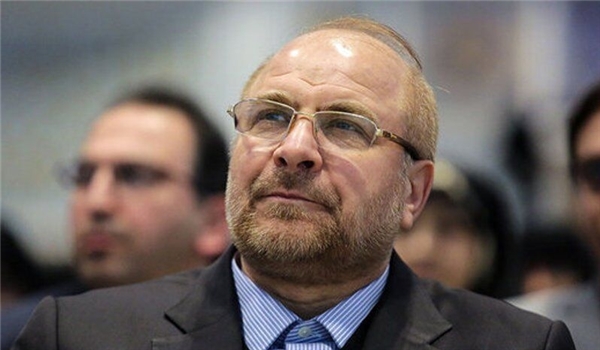 In a meeting on Saturday with Chairman of the Russian Committee on International Affairs Leonid Slutsky, Qalibaf voiced Iranian parliament’s readiness to accelerate joint cooperation with Russia in different fields including politics, trade, economy and culture.

Referring to the meeting between Russian President Vladimir Putin and Supreme Leader of the Islamic Revolution Ayatollah Seyed Ali Khamenei as a turning point, he emphasized developing all-out cooperation between the two countries.

Slutsky, for his part, said that by maintaining cooperation among Iranian and Russian expert parliamentary committees, "we can hold joint meeting on political, energy and economic fields". 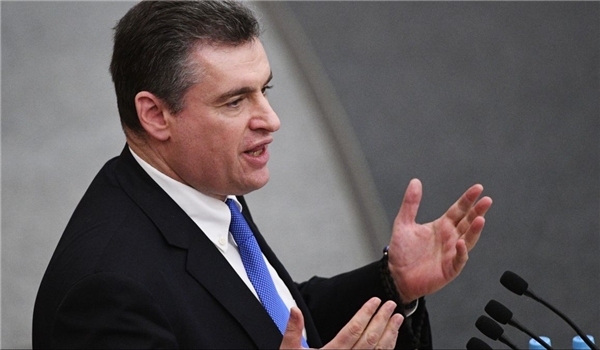 Both parliaments can help plan national projects and strategic cooperation, he added.

He stressed promotion of Iran-Russia cooperation in the Caspian Sea.

In relevant remarks in June, Iranian Parliament Speaker Mohammad Baqer Qalibaf and Russian Ambassador to Iran Levan Dzhagaryan in a meeting in Tehran underlined the need to expand mutual cooperation in different fields, specially the trade and business relations.

During the meeting in the Iranian capital on Monday, June 22, Qalibaf and Dzhagaryan explored avenues for bolstering and reinvigorating bilateral fields in economic and trade areas.

During the meeting, Qalibaf appreciated Russia for its principled stance in the Board of Governors of the International Atomic Energy Agency (IAEA).

"The claims made in IAEA resolution are not legal and Russia had firm stance in this regard," he said.

The Iranian parliament speaker said undoubtedly parliamentary cooperation between the Russian State Duma and the Iranian Parliament will continue with more speed and precision.

Elsewhere in his remarks, Qalibaf referred to the importance of focusing on the situation in Syria, and said solving the Syrian issue has merely a political solution and holding a virtual or in person trilateral meeting by Iran, Russia and Turkey will be effective.

He underlined the importance of holding future joint commission meetings of the Iranian Parliament and State Duma and following up on the economic issues.

Dzhagaryan, for his part, congratulated Qalibaf on his election as new parliament speaker.

He added that the Iranian and Russian parliaments play a major role in developing bilateral ties.

Dzhagaryan noted that claims in the IAEA Board of Governors are illegal, saying Russia and China will continue supporting Iran.

Tehran and Moscow have in recent years made efforts to further increase their economic and trade cooperation to confront the US sanctions against both nations.