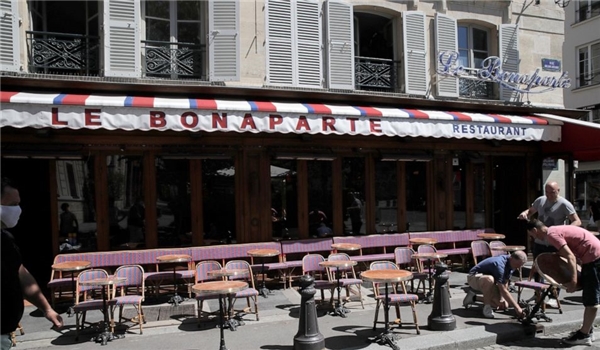 TEHRAN (FNA)- The French economy contracted by a record 13.8 percent in the second quarter, data from the national statistics agency INSEE revealed, highlighting the cost of coronavirus lockdowns.

The historic decline marked a third consecutive quarter of negative growth in a worsening recession, according to RT.

France’s economy started shrinking in the last quarter of 2019, before the coronavirus pandemic hit Europe with full force. It continued to retreat in the first three months of this year, when the rapid spread of the virus was starting to trigger lockdowns, contracting by 5.9 percent, according to the updated figures.

“GDP's negative developments in first half of 2020 are linked to the shut-down of 'non-essential' activities in the context of the implementation of the lockdown between mid-March and the beginning of May,” INSEE said in a statement.

The French government has warned that it faces its worst economic shock of the post-war era. Earlier this week, the head of Bank of France (BdF), Villeroy de Galhau, said that he expects the economy to drop by 10 percent for the whole of 2020 and does not believe it will return to pre-crisis levels until early 2022.

However, Finance Minister Bruno Le Maire stated he hopes that the country will be able to beat the gloomy forecast. He added France is not “powerless in the face of the crisis”, reminding that the government had taken “extraordinary measures” to shield businesses from the crisis.

The devastating economic impact of the pandemic – which has wiped out years of GDP growth – has been seen across Europe. France's decline is worse than in Germany, Europe's’ top economy, which on Thursday revealed an unprecedented 10.1 percent plunge in GDP for April-June. However, Spain, which also released fresh data on Friday, suffered an even bigger blow from the pandemic, with its GDP nosediving by a staggering 18.5 percent over the same period. Meanwhile, the eurozone’s third largest economy, Italy, shrank by over 12 percent in the second quarter from the previous three months.

As of Friday, over 1.7 million infections and 182,136 deaths from coronavirus have been reported in the EU, the European Economic Area (EEA) and the UK, according to the European Center for Disease Prevention and Control. Some European governments are already worried about a second wave of the COVID-19, as nations including France and Spain have seen a rising number of cases after borders reopened.