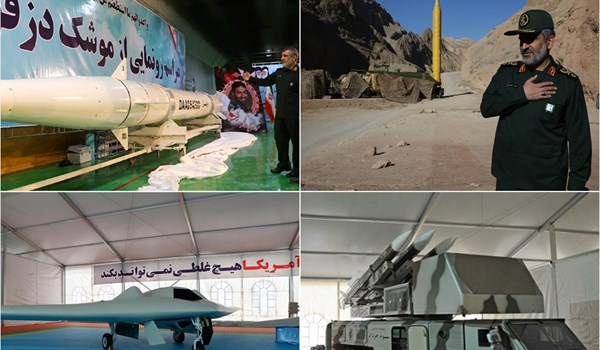 Beiginejad said that the IRGC’ successes during the past years in various fields have shown that Iranians can make great achievements in different technologies and sciences with trusting our own capacities and talents.

He made the remarks in reference to the Supreme Leader Ayatollah Khamenei's Eid al-Adha speech where he said, "For a long time, a belief has been propagated that Iran cannot advance without America and the West.”

“The Supreme Leader, in his speech, announced that the IRGC's staff are among the best in the fields of maritime scientific advances, construction of refineries and machinery, etc.”, the member of parliament noted.

He emphasized that the Western countries not only refused to help Iran, but also they imposed [illegal] sanctions and labeled the IRGC a terrorist group; but, the IRGC advanced day by day.

In relevant remarks in May, Commander of the IRGC Major General Salami underlined Iran's eye-catching progress in production of different military equipment, and said the country will never surrender to enemies.

General Salami made the remarks, addressing a ceremony to deliver over 100 speed boats to the IRGC Navy in the Persian Gulf.

He hailed Iran’s significant progress in the defense sector, warning that the Islamic Republic will give crushing response to enemies if threatened.

“The Islamic Republic has the determination. We will not bow to enemies. We will not retreat. Progress is the nature of our work. Defense is our logic in war but not in the sense of passivity against the enemy. Our operations and tactics are offensive and we have shown it in the battlefield,” General Salami said.

The IRGC commander said that a key portion of Iran’s maritime power is still “unknown” to others.

“The most important and dangerous part of this power is unknown. Our enemies will see this power the day when they pursue an evil intention against this land. On that day, they will get to see the real firepower of our forces at the sea and in the sky, and the battlefield will turn into a hell for the enemies of Iran and Islam,” he warned.

TEHRAN (FNA)- High-ranking Iranian and Iraqi officials in a meeting in Baghdad conferred on ways to implement mutual trade agreements and facilitate exchanges between the two countries.
﻿
﻿
Sections