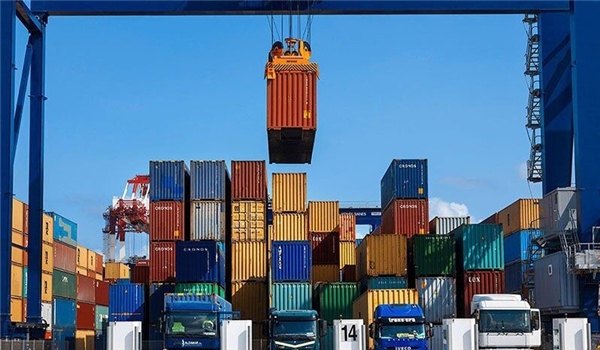 TEHRAN (FNA)- Exports of non-oil goods from Markazi province, central Iran, totaled $186.38 million during the first four months of the current year (March 20- July 21), according to a local official.

This province exported non-oil products to 70 countries during the period, including Afghanistan, Iraq, Turkey, the UAE, Azerbaijan and Pakistan, Deputy Governor of Markazi province, Saeed Farrokhi, said, adding that the exports were worth $186.38

According to the official, Markazi province’s imports during the four months under review reached $93 million.

China, Turkey, the UAE, India and Taiwan were on top of the list of 42 exporters to the province during the period, Farrokhi noted.

Markazi province, consisting of 12 counties and home to 1.41 million people, is a main industrial and agricultural hub in Iran.

The province’s exports topped 1.8 million tons worth $977.6 million during the past fiscal year (ended March 19), witnessing an 18% surge in terms of volume and a 4% decline in terms of value year-on-year.

In relevant remarks last month, Caretaker of Ministry of Industry, Mine and Trade Hossein Modares Khiabani said that Iran has planned to export non-oil goods worth $41 billion by the end of the Iranian year (March 20, 2021).

He added that 60% of these non-oil products are exported to 15 neighboring states.

The ministry caretaker touched upon the situation of borders after the virus outbreak and underlined that 80% of border crossings have opened and trade exchanges are normal now.

The policy of reliance on non-oil exports is in line with the Supreme Leader of the Islamic Revolution Ayatollah Seyed Ali Khamenei’s order on importance of bolstering trade with China and India, he stressed.

Talking about restrictions created for Iran after the outbreak of the coronavirus in the country in late February, the official said Iran was importer of equipment needed for fighting the virus on the early days, but now the country is exporter of such equipment.