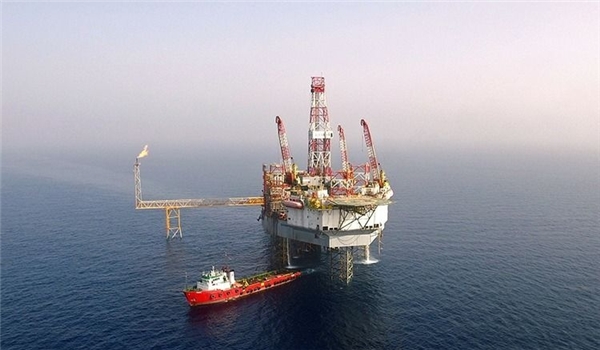 TEHRAN (FNA)- Over 60 million euros have been saved for Iran following the major overhaul of Sahar 1 and 2 floating platform by local experts, Head of Iran's Mostazafan Foundation Parviz Fattah announced.

"This 8,000-ton platform was rebuilt and overhauled by local experts and scientists in the face of sanctions, and the country's capable forces rebuilt all sensitive parts of the platform, including pumps, drilling systems, structures and equipment," Fattah said.

He pointe out that the operation of the two offshore drilling rigs resulted in at least 60 million Euros in hard currency savings for the country.

Referring to the contract of the foundation with the Ministry of Petroleum with the aim of repairing and drilling a number of oil wells in the Persian Gulf, Fattah said the depth of these oil wells is up to 4,000 meters, but the rigs can drill up to 6,000 meters.

He stated that the Sahar 1 and 2 offshore rigs were worth a total of $400 million, adding that the forces working on the rigs are young Iranian specialists and the parts are also domestically manufactured.

Hendi said that on this basis, his Department and North Drilling Company (NDC) had entered a two-year offshore drilling jack-up renting contract.

Meanwhile, Managing Director of the NDC Hamid-Reza Golpayegani said the time ceiling specified for deploying Sahar 1 drilling rig in the area, where the exploration activities had to be launched in Persian Gulf waters, was about four months.

Golpayegani said for the time being, Sahar 1 drilling rig was in South Pars region and upon ending its mission in the zone and technical confirmation of the NIOC Exploration Department, it would head to the area to launch drilling activities in the border regions.

He emphasized that proper safety and constant fulfillment of the executive affairs at the specified time span were among duties and priorities of the NDC in the contract.

He put number of the NDC onshore rigs at more than nine rigs and that of offshore rigs at about three. For the time being, two of the rigs are in the Persian Gulf and one being around Turkmenistan, he added.