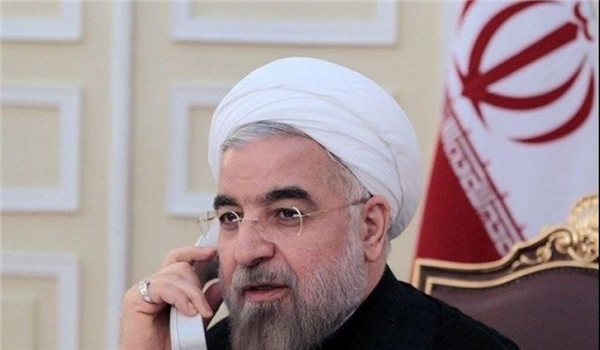 TEHRAN (FNA)- President Hassan Rouhani said Iran is intent to develop relations with Iraq, and stressed the need for implementation of the already inked agreements with the neighboring country.

Rouhani made the remarks in a phone call with his Iraqi counterpart Barham Salih on Friday, and underlined the necessity of accelerating finalization of treaties and contracts that have already been concluded between Tehran and Baghdad.

The Iranian and Iraqi nations have enjoyed deep bond throughout the history and it becomes more manifested on such occasions like Eid al-Adha, he said expressed hope that after the containment of coronavirus, both countries will broaden ties and cooperation.

President Rouhani described the recent visit by Iraqi Prime Minister Mustafa al-Kadhimi as an opportunity to review the issues of mutual interest.

President Barham Salih, for his part, said that the great Eid al-Adha feast manifests unity among Muslims, adding, “We hope the unity and cooperation among regional countries would further develop given the current conditions of the world and spread of coronavirus." 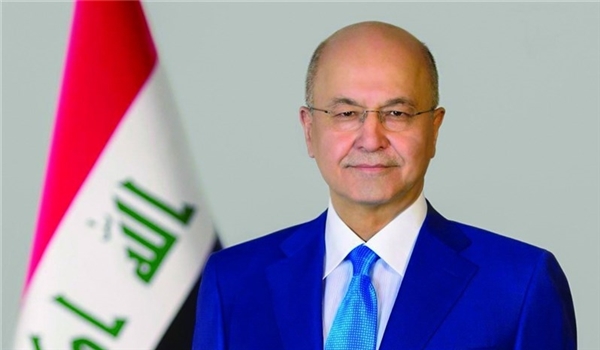 "Expansion of all-out relations with Iran is an inevitable principle in the Iraqi foreign policy," President Salih noted.

He hailed Iran's supports and assistance for Iraq in fighting coronavirus, and evaluated the Iraqi prime minister's visit to Iran as positive while stressing the need for cooperation, convergence and rapid implementation of agreements signed between Baghdad and Tehran.

The agreement was made during the meeting on July 21 between the two high-ranking officials in Tehran.

In the meeting President Rouhani said that the foreign powers cannot disrupt the brotherly relations of the two old neighbors.

"The concern and interest of the two nations and governments of Iran and Iraq towards their fates is a great asset on the path of all-out development of their relations," the Iranian president added.

He said that Iran and Iraq share numerous commonalities in cultural, religious, historical and political fields and the seminaries of Qom and Najaf are regarded as two great assets of Iran and Iraq.

Rouhani said that Iran and Iraq can pass through the difficult situation created by the deadly coronavirus, noting that the two countries should accelerate implementation of all the existing agreements through widespread cooperation.

"The Islamic Republic of Iran firmly supports the determining role played by Iraq as a powerful Muslim and Arab country in the region in line with restoring peace and stability," the Iranian president added.