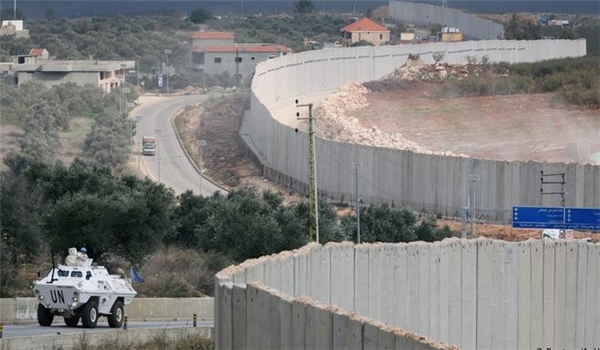 TEHRAN (FNA)- Once again, the Israeli regime has targeted Lebanon for no reason at all and in breach of the fundamental norms of international law.

Lebanon’s Hezbollah resistance movement has been quick to react, though. Hezbollah says all Israeli claims about border clashes with the movement’s fighters are fake and aimed to boost the morale of Israeli forces by fabricating fictitious victories.

This came after Israeli and Western media outlets claimed that the regime’s forces had thwarted an effort by Hezbollah fighters to infiltrate into the occupied territories through Shebaa farms along Lebanon’s southern border.

Hezbollah also noted that all shootings came from only one side, which was "the coward and anxious enemy".

Per usual, the new Israeli aggression affects the human rights of the Lebanese people living along the border with occupied Palestine. Meaning, the UN Security Council can and should consider sanctions against Israel to halt the illegal shelling of civilian areas and its attempts to start another war with Hezbollah.

It shouldn’t be stressed enough that the international community’s inaction in the face of Israel’s behaviour would be tantamount to condoning its illegal actions in Lebanon. The Israeli military aggression against Lebanon has been a test of the international community’s commitment to upholding international law and human rights standards, but it is unclear what signal is being sent to the world when even major Western powers turn a blind eye to Israel’s latest aggression and human rights violations.

Moreover, UN Security Council’s indifference and inaction has diminished that body’s credibility and relevance in terms of the Lebanese issue. For that reason, it is imperative that the Council investigate Israeli practices, disseminate a report and come up with proper actions to stop future attacks.

Although Israel and the United States have prevented the UN from visiting the region, its report nevertheless could show the depth of aggressive practices of the Israeli regime against the defenceless people on the Lebanese border. Its most recent aggression has rightly depicted the situation in the area. Not only has an entire population come under attack with bombs, but the population has been deprived of its basic rights for Israel’s international accountability, as Tel Aviv continues to be a rogue regime.

The ethnic cleansing undertaken by Israel to “de-Palestinize” East Jerusalem Al-Quds should also be added to the UN list of Israel’s illegal practices. It doesn’t seem to be enough for the usurper regime to take the Palestinian lands, but it is using the occupied territories to attack Lebanon, similar to the case with Syria.

As many reports by the UN and human rights groups have pointed out, Israel’s aggressions against the Palestinian and Lebanese people go against the Fourth Geneva Convention, which deals with the protection of civilians during times of war and occupation.

The same convention also bars any form of collective punishment, which is now being practiced by Israel almost daily not just against the inhabitants of the Gaza Strip and the West Bank, but also the people of Lebanon.

If the international community continues indifference and inaction or just verbal condemnation, these populations will take matters into their own hands to practice justice and punish the Israeli regime. The global community's silence may not solve any problem as Tel Aviv is constantly playing with fire.