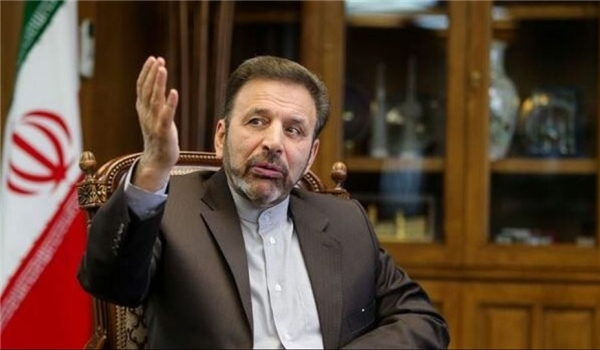 TEHRAN (FNA)- Iranian President's Chief of Staff Mahmoud Vaezi said that US and three EU members (UK, Germany and France) have caused the Joint Comprehensive Plan of Action (JCPOA) to fail, and added that they should be responsible for consequences.

The EU Foreign Policy Chief [Josep Borrell]’s interview on confirmation of Iran's compliance with JCPOA commitments even after the US' illegal withdrawal from it and the concern about JCPOA failure are realistic, Vaezi wrote on his Twitter account on Thursday.

But the reason for JCPOA failure is the lingering of US’ cruel sanctions and the EU Troika’s non-commitment toward their obligations, he noted, adding that they must assume responsibility for dangerous repercussions.

In a relevant statement in mid-July, the Iranian Foreign Ministry called on the three EU governments (Britain, France, Germany) to stick to their obligations with regard to the Joint Comprehensive Plan of Action (JCPOA), also known as Iran Nuclear Deal, and added that the US has put the agreement’s achievements at stake by unilateral withdrawal from the agreement.

The Joint Comprehensive Plan of Action (JCPOA) is the fruit of multilateral diplomacy and is supported by the international community, Iran’s foreign ministry said in a statement that was issued on the 5th anniversary of JCPOA, and added that the US’ illegal moves have seriously jeopardized the deal. 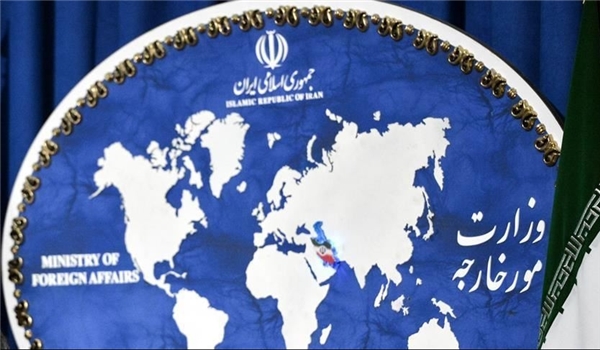 The full text of the statement is as follows:

The Statement of the Islamic Republic of Iran

On 5th Anniversary of the Joint Comprehensive Plan of Action

The Joint Comprehensive Plan of Action (JCPOA) as an important achievement of multilateral diplomacy, which has been strongly supported by the international community, it is in serious danger on its fifth anniversary. Unless the international community shall ensure the balanced implementation of all parties in good faith, it could be another victim of the US unilateral and unlawful approach. The US and its allies should bear the responsibility for the consequences of such policies.

The international, legal, technical, strategic and political capital of this agreement has been deeply eroded on its fifth anniversary, due to the destructive and illegal actions of the United States. The remaining Participants of the JCPOA are aware of this and by consensus are of the view that the root cause for the current situation is the continuing violations of UNSCR 2231 and the JCPOA, and ultimately the unilateral withdrawal of the United States from an agreement reached after years of hard multilateral negotiations. The US Significant Non-performance to its obligations under UNSCR 2231, and the lack of will on the part of remaining Participants to restore the lost balance to the JCPOA, have complicated the current situation around JCPOA and effectively impede the Islamic Republic of Iran to adhere to its undertakings. As a result of this malign policy of the US, Iran Cannot benefit from the effects of JCPOA sanctions lifting.

Unfortunately, the situation has developed in such a way that we must once again remind the remaining Participants of the JCPOA, as well as the Member States of the United Nations, of the rights and obligations contained in this agreement, which was endorsed by Security Council Resolution 2231; from the emphasis of Resolution 2231 on “promoting and facilitating the development of normal economic and trade contacts and cooperation with Iran” and “its full implementation on the timetable established in the JCPOA” and UNSCR 2231, to the importance of the JCPOA sanctions lifting as one of the main pillars of the agreement.

The JCPOA was a negotiated diplomatic solution to the peaceful settlement of an artificial crisis over the Islamic Republic of Iran's peaceful nuclear program, which is comprehensive and final in nature. Iran entered the negotiations seriously and with a view to the future, and implemented the outcome of the negotiations in good faith. Transparency and confidence-building voluntary measures, beyond the obligations under the Safeguards Agreement, was part of the Islamic Republic of Iran's efforts to reassure the international community of the exclusively peaceful nature of its nuclear program, in return for the lifting of harsh sanctions imposed under the pretext of the nuclear program. Unfortunately, not only the Islamic Republic of Iran did not enjoy the economic benefits of the JCPOA sanction lifting, but once again the opponents of the JCPOA actively try to re-open the closed file in order to fully destroy the achievements of the JCPOA.

The Islamic Republic of Iran has so far had a constructive and extensive cooperation with the International Atomic Energy Agency, the statistics on the number and volume of inspections and verifications carried out in the Islamic Republic of Iran attest this fact. Any attempt to misuse the IAEA to put pressure on the Islamic Republic of Iran is inconsistent with the provisions of the JCPOA, and in addition to tarnishing the IAEA's credibility as the only credible international technical body to monitor States' nuclear activities; it can have negative impacts on existing safeguards cooperation. Furthermore, any companionship of some remaining participants of the JCPOA with US conspiracies against the agreement, particularly to destruct and undermine of the very text of the UNSCR 2231, inter alia, lifting of arms restrictions in the fifth year of adoption of the JCPOA in October 2020, is matter of grave concern, and as has been repeatedly emphasized, the renegotiation of the provisions of JCPOA and amending of the sanctions lifting regime will not be tolerated under any circumstances, and the response of the Islamic Republic of Iran will be firm and decisive. The comprehensiveness and finality of this agreement, which has been achieved with difficulty and after two years of intensive negotiations at the highest levels, with all the details and with a precise time frame, should not be compromised in any way. There is no alternative to this agreement, therefore, if there is a political will of the international community, especially the remaining participants of the JCPOA, to preserve this agreement, it shall be concentrated on ensuring the balanced implementation of the agreement in good faith.

The Islamic Republic of Iran appreciates the People's Republic of China and the Russian Federation for their constructive actions and positions which have been exercised in good faith at the Security Council, the Board of Governors and the Joint Commission for the preservation and implementation of the JCPOA. Efforts should be made to provide the necessary ground for the full implementation of JCPOA.

Finally, while reiterating its readiness to preserve and fully implement the provisions of the JCPOA by all participants to this agreement, in particular, the need for Iran to fully benefit from the economic effects of the lifting of sanctions regime, as envisaged in the JCPOA, the Islamic Republic of Iran is determined to take decisive action against any exaggeration and irresponsible behavior, and strongly urges the E3 to adhere to their commitments, and to preserve and fully implement the UN Security Council instead of moving in the direction of the US maximum pressure policy.