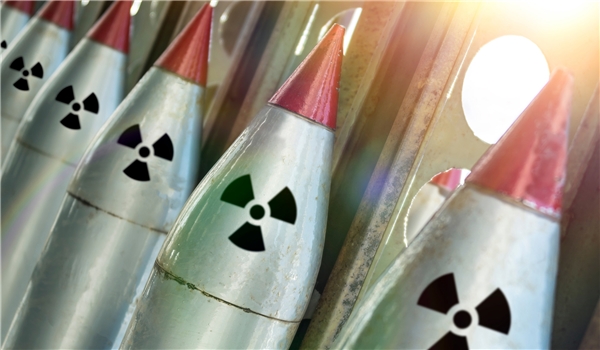 TEHRAN (FNA)- The US House decision to pass an amendment to the upcoming National Defense Authorization Act (NDAA) specifically forbidding any spending to carry out a nuclear weapons test, is not enough, largely when President Trump is reportedly keen to conduct such a test.

The US hasn’t conducted a test in decades, but Trump sees a quick test as leverage to try to get his way on nuclear arms limitation talks, which have been stalled on US demands that China agree to participate.

A nuclear test is likely to fuel a strong international backlash as well, and provoke other nuclear states to test. It will also make it difficult for the US to criticize other nations for their own nuclear development, when they are flagrantly ignoring international norms.

And that’s apparently not the end of the story. Under Trump’s security doctrine, the US is still increasing spending across the board on its nuclear arsenal, including the refurbishment of various nuclear weapons programs run by the National Nuclear Security Administration.

The idea is to prepare the US in the event of a nuclear first strike and to survive - a myth that drove the US and the former Soviet Union each to build tens of thousands of nuclear weapons during the Cold War.

The Pentagon regime claims it is moving faster to build a nuclear-armed air-launched cruise missile and upgrade the capabilities of deployed weapons because Russia and China are building nuclear weapons.

Funny how amidst all this, it also claims that Russia and China are modernizing their nuclear arsenals and the US is not. If these steps are not taken, the Pentagon warns, “the most powerful country in the world could find itself subject to coercion, its allies bullied, falling behind its adversaries.”

This dangerous new Cold War mentality nowadays is mistaken on three counts. As per the new security doctrine, the US is modernising its nuclear forces; its nuclear triad is markedly superior to the Chinese and Russian arsenals; and the real danger is not the US falling behind the modernisation of other countries but in racing aggressively ahead.

It’s a vain attempt for a useless supremacy at the cost of destabilizing the world amid the pandemic. The US has not taken an acquisition holiday in its nuclear arsenal and the real danger in its nuclear modernization may not be too little, but too much. While many of Russia’s systems are reaching the ends of their service lives, many of the systems that make up the US arsenal will not retire until 2030.

As long as the US and the seven others with nuclear weapons - China, Russia, France, UK, India, Pakistan and Israel - make no definitive moves to eliminate their nuclear arsenals, and/or the danger of nuclear war fighting and a "first strike” nuclear option remains an indispensable instrument,” there is simply no realistic prospect of a nuclear-free world, a place in which there would be no more nuclear weapons tests.

That said, it is never too late to bring the weapon states to make truly deep cuts in their nuclear arsenals. One step would be for the UN to invite the NPT weapon states and all the other nuclear-armed states to discuss current serious proliferation issues.

Inviting just NPT members without India, Pakistan and the Israeli regime would remove the latter three from the circle of those expected to undertake obligations. As a matter of fact, Israel should be the first to be disarmed since it has rebuffed nuclear-related obligations or treaties, including the NPT, and hence is under no inspection or check, has endangered the entire Middle-East, is an occupying entity engaged in war even in more than one front (Lebanon, Syria and Palestinians in Gaza), expanding occupation with military force (West Bank), and has a black record in violation of human rights by means of force not only in dealing with the Palestinians who are a population under occupation, but also in treating the illegal immigrants that it has brought to the occupied territories in violation of international rules and regulation. Hence, the nuclear-armed Zionist regime is more of an imminent threat and should be brought under check and disarmed before anyone else. This approach is most practical and could help deal with nuclear dangers and avoid marching into nuclear war.

The UN must encourage the nuclear-armed states to undertake the full range of anti-proliferation measures described in Security Council Resolution 1540. They must be persuaded and even forced to undertake a long-term obligation to move toward elimination of all their nuclear weapons and test programs.