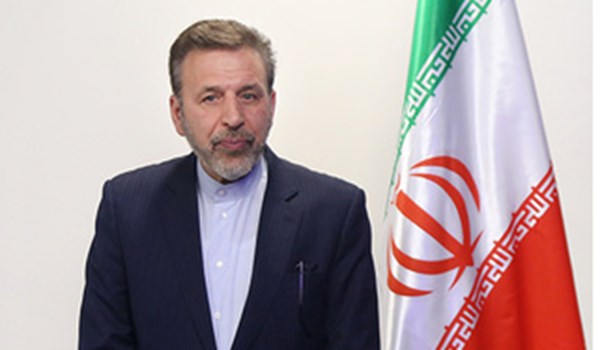 TEHRAN (FNA)- President’s Chief of Staff Mahmoud Vaezi called for stopping Washington's inhumane and threadbare sanctions against Iran, and said even the US allies are exhausted with that regime's diplomacy.

"The EU foreign policy chief's opposition to the US' use of economic sanctions shows that even the US allies are fed up with the US addiction to sanctions," Vaezi wrote on his Twitter account on Monday.

"The policy of sanctions is an inhumane, cruel and threadbare policy that must be put aside, it is not just Iran's opinion," he added.

Earlier, EU High Representative for Foreign Affairs and Security Policy Josep Borrell in a statement said that “I am deeply concerned at the growing use of sanctions, or the threat of sanctions, by the United States against the European companies and interests."

"We have witnessed this developing trend in the cases of Iran, Cuba, the International Criminal Court and most recently the Nordstream 2 and Turkstream projects," he added.

Borrell noted that as a matter of principle the European Union opposes the use of sanctions by third countries on European companies carrying out legitimate business.

"Moreover, it considers the extraterritorial application of sanctions to be contrary to international law. European policies should be determined here in Europe not by third countries,” he added in his statement.

Borrell reiterated that where common foreign and security policy goals are shared, there is great value in the coordination of targeted sanctions with partners.

"We have seen many positive examples of this and will continue to coordinate where we can. Where policy differences exist, the European Union is always open to dialogue. But this cannot take place against the threat of sanctions,” he further said.