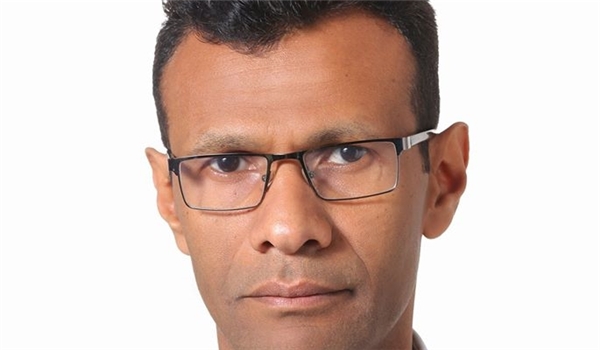 In an exclusive interview with FNA, Yemeni activist said, “During the last five years, we have been experiencing cholera outbreak which has killed thousands of people, but the Saudi-led coalition did not stop the war. Covid-19 is just another disease in Yemen, and neither Saudi Arabia nor the West cares about it.”

Fatik al-Rodaini is a Yemeni journalist and the founder of Mona Relief Organization, a Yemeni non-profitable NGO for Humanitarian Relief and Development based in the capital Sana’a.

Q: Saudi Arabia announced ceasefire in Yemen due to the coronavirus outbreak; but, the coalition forces pushed ahead with more attacks at the same time. How do you view this contradiction?

A: It is not the first time that Saudi Arabia announces a ceasefire in Yemen. We have experienced the same situation before and the Saudi regime showed it is not committed to its own-promised ceasefires at all. However, more attacks and killings are carried out contrary to the ceasefire. It is the same policy followed by the Saudi regime since the beginning of the attacks in March 2015. Saudis are never committed to any truce or agreement which holds up the war.

Saudi Arabia is not concerned with the suffer of the Yemeni people. During the last five years, we have been experiencing cholera outbreak which has killed thousands of people, but the Saudi-led coalition did not stop the war. Covid-19 is just another disease in Yemen, and neither Saudi Arabia nor the West cares about it.

Q: Neither the killer virus nor the holy month of Ramadan caused Saudi war machine to stop the war. Why is Saudi Arabia persists in shedding the blood of the Yemenis?

A: The holy month of Ramadan this year is not different from those in the last five years. Yemenis are now familiar with and accustomed to the circumstances of the war and they live with it every day of their life. So, Ramadan is the same with other months of the year for the war-torn nation. They dream to live a life, like most of the people all over the world, in peace. Millions of Yemeni people wait to see the end of war; not a temporary ceasefire. We need to live in peace.

But, it is not in Yemenis’ hands to bring peace to their own country; on the other side of the war conflict is Saudi Arabia which insists to maintain its interest, a Saudi-puppet regime, in the country, no matter how many people they kill, injure or how they destroy the country, in the month of Ramadan, or during coronavirus outbreak.

The war will continue until the moment Saudi Arabia wakes up from its dream of conquering Yemen, which is well-protected by its fighters.

Q: In the recent attacks, the Saudi-led coalition targeted food trucks South-East of Sana’a. They have a history of bombarding school buses, schools and residential areas. Why does the Western mainstream media unwilling to cover such developments in details?

A: Saudi led coalition airstrikes on food trucks carried out lately in al-Baida is not new. Many times before did the Saudi-led coalition target the trucks loaded by food, hospitals, schools, infrastructure and residential areas in which thousands of innocent civilians were killed or injuring. They also cause millions of Yemeni people to suffer and starve to death by laying a complete siege on the air, land and sea of Yemen.

They are not reported in the Western news, so that Saudi Arabia could enjoy the West’s support. Saudi Arabia buys the silence of the world.