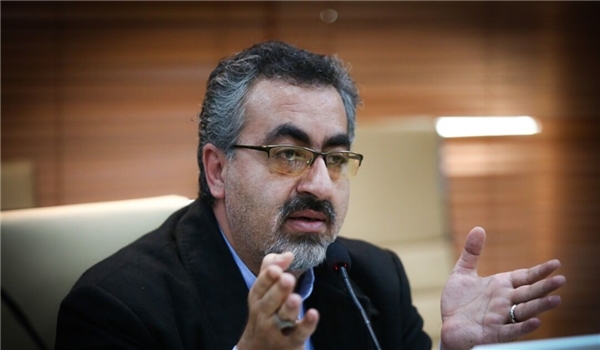 “Despite all the hurdles on our way, not only we did not slow down, but also we were inspired for further developments in the area of medical science", said Dr. Jahanpour in his visit to the headquarters of the 16th Resistance International Film Festival on Tuesday.

"Since the Islamic revolution (1979) every single enhancement in the areas of medical science, new technologies, pharmaceutical industry, domestic pharmaceutical and medical equipment production, expansion of health network and the national health system and accessibility to the medical facilities had a backdrop of resistance, as they were managed to be done under the shadow of cruel international and unilateral sanctions", he said.

Dr. Jahanpour made the remarks during his meeting with the Director of the Festival, Mahdi Azimi Mirabadi, to sign a memorandum of cooperation to support and cooperate with the festival.

"It is clear wherever the concept of resistance was applied, some sort of progress was noticeable", said Dr. Jahanpour.

He further added, "the effect of the resistance on the velocity of our progress reminds us that we should apply the resistance approach in all possible areas […] we must implement an ideology and spread it.”

Dr. Jahanpour believes cinema is a perfect means of representing the existing role models such as those in the health sector.

"The soul in every success of our society is the soul of resistance during the past 40 years and the health sector is the perfect resemblance of the spirit of the resistance on the frontlines of the battle of the coronavirus […] If we could not document their fight against the invisible enemy, we will lose a part of the resistance history”, Dr. Jahanpour restated.