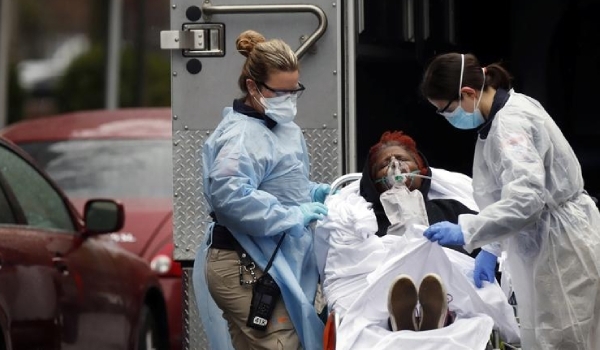 TEHRAN (FNA)- Roney Curvelo, Brazilian journalist based in the US, says majority of the people who lost their jobs in the US in April 2020 due to coronavirus outbreak were African-Americans, Hispanics, low-income workers and people with no college education.

Speaking in an interview with FNA, Roney Curvelo said socio-economic conditions of the US-based Latinos make them more vulnerable to coronavirus, and added, “The low salaries prohibit them from having access to adequate healthcare, or recommended good quality meals… It is known that Latinos and Afro-Americans suffer more than whites from heart disease, obesity, diabetes, and asthma, precisely where Covid-19 attacks the most.”

Rony Curvelo is a Brazilian author and journalist who resides in the south eastern US state of Florida. He was the Special Assistant and Press Aid for the former Brazilian President Fernando Collor de Mello in 1990s.

Q: It seems that immigrant Latinos in the US are disproportionately getting sick from coronavirus, in some places up to three times the rate of white Americans. How do you interpret it?

A: The reasons can be given by the science and by the socio-economic conditions that these groups live in the United States. Most Latinos and Afro-Americans have low income resulting in poor living conditions. They live in the same house with a high number of people; therefore, the distance required by health authorities around the world is difficult or impossible to comply. Adding to that are long hours of work, social contact in factories, and the fact that many of them work in public transport or provide services that demand constant contact with other people. The low salaries prohibit them from having access to adequate healthcare, or recommended good quality meals. On the other hand, it is known that Latinos and Afro-Americans suffer more than whites from heart disease, obesity, diabetes, and asthma, precisely where Covid-19 attacks the most.

Q: There are reports that Hispanics were first to lose jobs and benefits during coronavirus outbreak. What does it reveal about Hispanics' social security in the US?

A: Everyone in the United States is experiencing a cruel loss of jobs, reduced workload, and shortages, but the most affected are the Hispanic workers in the country. Hispanics are the most vulnerable from the point of view of health, as well as economy, and this virus attacks and wreaks havoc on groups without protection.

The 20.5 million jobs lost in April disproportionately affected blacks, Hispanics, low-income workers, and people with no college education. The recent jobs report - the worst in history - exposed deep inequality within the world's wealthiest nation and the threat it poses to a recovering economy. The paradox is that, for the economy to recover fully, those same workers are going to have to be returned to jobs in restaurants, hotels, offices, factories, warehouses, medical facilities, and construction sites. Their income, although typically low, supports the consumer spending that embodies most of the economic activity in the country. That means that, despite all discrimination, mistreat, and harsh living conditions of the Hispanics, the US economy depends on them to recuperate from this crisis.

Q: The society in the US is changing during the outbreak, and people who do not speak English are living in a state of confusion as they face language barrier to keep up with the social changes. Are they in the social transit of bad to worse?

A: It all depends on which region of the country the non-English speaker resides. Hispanic speakers in the states of Texas, California, Florida, and New York will not find it difficult to receive news or assistance due to language issues. Spanish is the most widely spoken language after English.

However, the number of people who speak other languages, including dialects, is vast. And these people are the ones who suffer the most because they are not aware of the services, they can access during this health crisis. The lack of information or not understanding the information released can be a matter of life and death. In addition to the notices about the pandemic, there are notices of services such as negotiating the debts, ensuring that you receive housing, electricity, and gas services without having to pay temporarily, as well as information about the benefits, whose systems only exist in English.

Life will get worse for those with very limited English during a crisis like the one we are experimenting and challenging with.