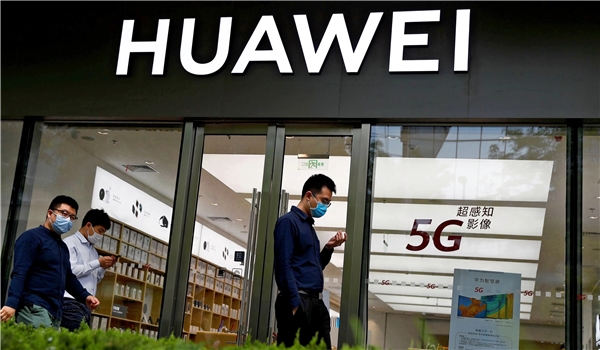 TEHRAN (FNA)- Walking away from its long-term relationship that goes back to those pre-Internet, pre-everything days, the United States government has legislated to list Huawei Technologies Company and ZTE Corporation as “national security threats”.

To the surprise of many in telecom circles, the US has also succeeded in pressuring other European countries to go down the same route, even change the mutual direction of their economic relationship with China, no matter what.

In countries like the United Kingdom, some government officials have come to the conclusion that both companies are spying on the data of British mobile phone users for the Chinese government, and that they shouldn’t be allowed to build their fifth-generation (5G) technology of mobile networks. Or so the false and baseless argument goes.

The clumsy effort to undermine collaborative projects with China in the hope to bolster their own 5G efforts comes amid growing domestic concerns that the politically motivated restrictions could have severe and highly disruptive implications, including the ability of European firms to deploy tens of thousands of large and small cell towers and antennae in large cities and towns.

According to Vodafone and BT, the restrictions could mean higher prices for customers plus serious delays in faster 5G deployment. They urge their officials to reverse Huawei decision as it would be logistically and financially impossible to ban the tech company and replace the infrastructure in less than a seven-year transition period.

In this global battle for technological leadership and trade war, nonetheless, some European and American politicians would rather lose and feel like a winner than see Huawei’s vital involvement and investment in their countries’ 5G networks, critical for their economic recovery amid the global pandemic. It won’t be a stretch to predict that sentiments as such would only backfire for all sorts of official figures, from big business, politics and the civil service. They would find themselves in a difficult position, as their Huawei decision would also lead to a severe disruption of the 5G global supply chain.

Few remember anymore how Huawei has been an important actor, and economically and technologically vital to the telecom sectors of Europe and the United States. The very people who are trying to demonstrate otherwise and “without delay” and only for short-lived political goals risk losing out in a marked escalation of geopolitical tensions. This is not total nonsense. Things would go south and it would take a lot of effort to reverse that.

With this in mind, if Huawei and other Chinese companies are discouraged from investing in key infrastructure projects in Europe and the United States, that's because some politicians have earned it. It’s a response in kind. To chart a course forward, what would happen if Huawei decides to abandon its plan to build a one-billion-pound research centre near Cambridge?

In view of these issues, right after allowing Huawei to build its 5G network in the US, Beijing also showed a new road to Washington and its European allies that was based on mutual trust. In contrast, it was the political class in Washington that began throwing stones at everything China. In some respects, they are still determined to convince Europe that Huawei is a security threat.

This bravado is ultimately misplaced, because the talking point is filled with unutterable fear of the other and loathing and no evidence. In factual reality, Huawei’s CEOs say they will always support “higher security standards, more resilient network and more diversified supply chain”. They also have the best deals for Western companies. That’s why not everyone is on board the current anti-Huawei sentiment on both sides of the Atlantic.

The implication is that much of what happens next will depend on how the Sinophiles decide to step up their scrutiny of Chinese investment and technology, push their case that Huawei should be curtailed on security grounds. They would have to bear the consequences if they decide to tumble into the abyss, force the issue, and produce no evidence in public. It will fall the hardest on those who have been on the front line of this uncalled-for gambit.