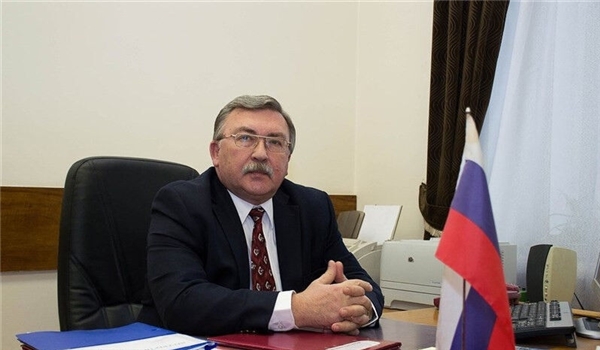 TEHRAN (FNA)- Russian Ambassador and Permanent Representative to the International Organizations in Vienna Mikhail Ulyanov called on parties to the Iran nuclear deal to make their utmost efforts to stand united in preserving the internationally-endorsed agreement.

"We must do it. Opponents of Iran Deal ask, if it can survive," Ulyanov wrote on his Twitter account on Thursday.

"Despite all problems, the answer is yes provided that JCPOA participants (China, France, Germany, Iran, Russia, and UK) are united in efforts to preserve the deal. #EU as the coordinator has also a vital role," he added.

Ulyanov made the remarks in response to High Representative of the EU for Foreign Affairs and Security Policy Josep Borrell Fontelles' Twitter message in which he said, "5 years ago the JCPOA was concluded in Vienna. Today is under great pressure on multiple fronts. If we do manage to preserve the Iran Deal and ensure its full implementation, it can still become a stepping-stone toward addressing other shared concerns."

Earlier in a statement, Borrell said that the EU will do everything possible together with other parties to preserve Iran nuclear deal - the JCPOA.

Meanwhile, Iranian Foreign Minister Mohammad Javad Zarif in a message on the occasion of the 5th anniversary of signing Iran nuclear deal said the US’ contempt for diplomacy threatens the security in the US and the world.

Zarif in a letter to Borrell once again blasted the European countries' non-compliance to the Joint Commission for settlement in accordance with Article 36 of the JCPOA.

Foreign Minister's letter warned that any interference in the ongoing cooperation between Iran and the IAEA would be contrary to the provisions of the JCPOA and could have negative impacts on the existing cooperation under the safeguards agreement.

Related News
Official: Even US Allies Fed Up with Washington's Addiction to Sanctions
Iran: US Persisting in Violation of UNSC Resolution 2231
LATEST STORIES (68)