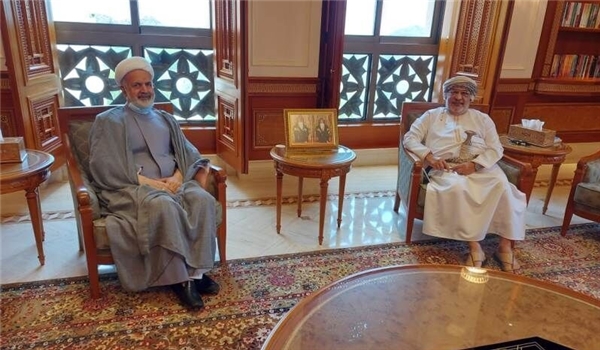 Nouri Shahroudi, for his part, praised the government and the Oman nation for cooperation with him and the Embassy of Iran in Masqat to advance and strengthen relations between the two countries.

He went on to say that today relations between Iran and Oman are at a very good level and the authorities are trying to further bolster it.

During the meeting, which was also attended by high-ranking delegations, the two foreign ministers discussed various issues, including the latest regional and international developments.

They also stressed the need to boost mutual ties through continuous diplomatic talks.

Before the outbreak of the novel coronavirus, bin Alawi’s paid visited the Islamic Republic for two times in January, in line with the two neighboring countries’ politico-economic relations.