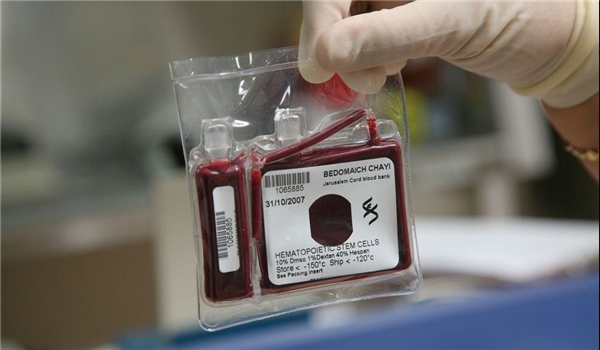 “Iran has the biggest cord blood bank in the Middle-East by saving 133,000 cord blood samples,” Zarrabi told reporters in the Northwestern city of Ardabil on Wednesday.

He added that among the 133,000 samples, nearly 128,000 samples have been stored in private banks and the rest are being kept in general banks.

Zarrabi said that 52 people in Iran have so far gone under treatment by cord blood cells for different diseases.

Cord blood (umbilical cord blood) is blood that remains in the placenta and in the attached umbilical cord after childbirth. Cord blood is collected because it contains stem cells, which can be used to treat hematopoietic and genetic disorders.

There are several methods for collecting cord blood. The method most commonly used in clinical practice is the "closed technique", which is similar to standard blood collection techniques.

With this method, the technician cannulates the vein of the severed umbilical cord using a needle that is connected to a blood bag, and cord blood flows through the needle into the bag. On average, the closed technique enables collection of about 75ml of cord blood cells.

Collected cord blood is cryopreserved and then stored in a cord blood bank for future transplantation. Cord blood collection is typically depleted of red blood cells before cryopreservation to ensure high rates of stem cell recovery.