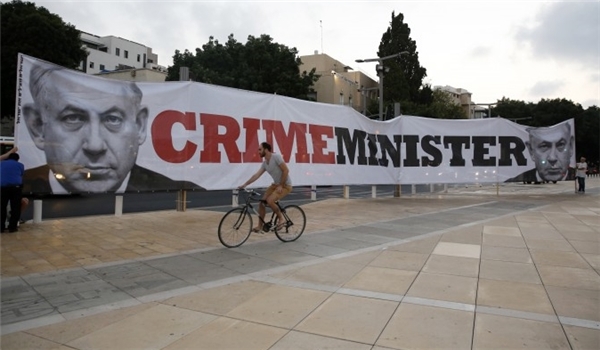 TEHRAN (FNA)- A leading Arab newspaper stressed the importance of recent threats by Yemen to attack different targets in Saudi Arabia, the UAE and Israel, noting that Ansarullah’s offensive against Tel Aviv is possible fact.

The Arabic-language al-Ray al-Youm newspaper underlined that the recent comments by Yemeni official General Abdullah Yahya al-Hakim to attack targets in Saudi Arabia are not nothing new but his threats to target Tel Aviv are even more important.

“Ansarullah is moving along the same path already taken by the Lebanese Hezbollah and it materializes most of its threats,” it added.

The Arab paper noted that Yemen’s offensives against Israel could come through air raids on the Port of Eilat on the Red Sea as Yemeni missiles and drones can now reach the Saudi port of Yanba’a whose distance from Eilat is less than tens of kilometers.

A second possibility is targeting the Israeli ships at the entrance of Bab al-Mandab by using marine missiles or speed boats, it added.

General Abdullah Yahya al-Hakim had warned earlier this week that “the Yemeni Armed Forces are in possession of extensive intelligence on a large number of vital and key points in Saudi Arabia, the UAE, Tel Aviv and farther areas”.

Also, on Tuesday, Head of the Ansarullah movement’s negotiating team Mohammad Abdul-Salam warned the Saudi officials that they should wait for more missile and drone attacks against the country’s key positions.

“Hey Salman! You deserve death. Missiles will come to you while they cannot be tracked,” Abdul-Salam wrote on his twitter page.

“They always and every moment bring you breaking news that the (Yemeni) missiles are fired from their bases like a volcano,” he added.

Abdul-Salam expressed confidence that God will help the Yemenis defeat the Saudi government and its leader.

Spokesman for Yemeni Armed Forces Brigadier General Yahya Saree said on Monday that "Tadaween military camp in Marib was targeted during a meeting of Saudi military commanders with mercenaries, killing and injuring dozens of them.”

"Other military sites were targeted in Abha, Jizan, and Najran airports,” he added.

General Saree also said that a giant oil facility in the industrial zone in Jizan was accurately targeted.

He added that the military operation executed with undisclosed highly accurate ballistic missiles, and a large number of drones

“Our determination in the legitimate defense of Yemen until freedom and independence are achieved,” General Saree stressed.

According to previous reports on Sunday, four ballistic Yemeni missiles and seven drones laden with explosives hit designated targets in the city of Khamis Mushait in the Southwestern province of Asir and Abha, the capital city of Asir.

The reports added that King Khalid Airbase in Khamis Mushait and the Abha International Airport were targeted during the retaliatory assault.

The Saudi-led coalition, however, claimed on Monday it had intercepted and destroyed the rockets and drones. The coalition did not report any casualties.

The attack came after Saudi fighter jets pounded the Washhah district in Hajjah on Sunday, leaving ten civilians dead and two others injured.