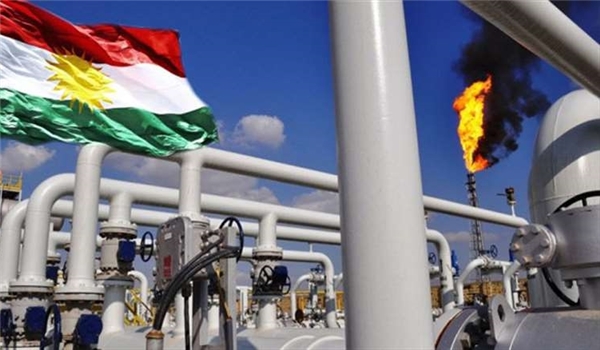 TEHRAN (FNA)- A senior Iraqi lawmaker disclosed that a big mafia in Kurdistan region is plundering the oil revenues, saying that the region’s Prime Minister Masrour Barzani has taken control of the issue himself.

“Due to differences inside the Kurdistan Democratic Party, specially between the two groups headed by Nechirvan Barzani and Masrour Barzani, the prime minister manages the cases related to oil himself,” Sarkout Shamseddin was quoted by al-Masleh news website as telling reporters on Monday.

“It is a major corruption case and the mafia smuggles the oil and nobody knows where the oil revenues and the money that is sent the Iraqi Kurdistan region are and this has caused differences,” he added.

Shamseddin said that no minister has been appointed for the oil ministry and it does not even have an employee.

Over the past decade, there have been repeated popular protests across the Kurdistan region against corruption and substandard service provision.

Experts believe that if the corruption and infighting between Kurdish officials over the control of natural resources continue, they could undermine the stability of the KRI and damage its reputation on the global stage.

The KDP and the PUK have been dragging their feet about taking action against corruption and the politicisation of security institutions.