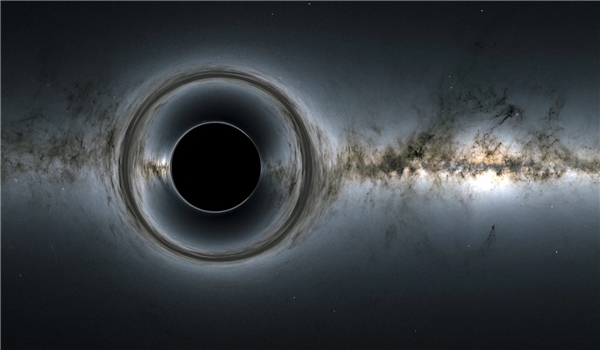 TEHRAN (FNA)- Could there be a tiny black hole hiding in our own backyard? It’s been suggested that the hypothetical Planet Nine is actually a black hole, and now astronomers have proposed how we might find it in the next few years, using an upcoming telescope.

The fringes of the solar system are littered with strange objects, and in recent years we’re getting a clearer picture of what’s out there. There’s the squashed-snowman-shaped Arrokoth, the eccentric dwarf planet known as The Goblin, and the extremely distant world of Farout.

While most of these dwarf planets are tiny, there’s evidence to suggest that something much bigger is lurking in the shadows out there – perhaps a ninth planet, with the mass of five to 10 Earths. The clues are in the stable but eccentric orbits of these smaller fringe objects, and in the tilt of the Sun itself.

But maybe Planet Nine isn’t a planet after all? One seemingly out-there hypothesis suggests that a tiny black hole could have the same effects. It would still have roughy the same mass – several Earths’ worth – but pack it all into a black hole about the size of a grapefruit.

It’s an intriguing idea, but how would you go about actually proving it, one way or the other? After all, searches have turned up empty for a giant planet – finding a grapefruit would be far harder, let alone the fact that black holes are all but invisible.

And that’s where the new study comes in. Astronomers at Harvard have now outlined a method to search for these tiny black holes in the outer solar system. The key would be to watch out for the times they may flare up, as a result of a comet wandering too close and getting torn to shreds by the gravitational pull.

Even this would be difficult to do normally, the team says, because we’d need to know where to look. We wouldn’t know where in its orbit such a black hole might be at any given time.

But an upcoming telescope could be perfectly suited to detecting these flares, wherever they occur. Rather than focus on any particular spot, the Vera C. Rubin Observatory will photograph the entire visible sky every few nights.

This project is known as the Legacy Survey of Space and Time (LSST), and over the course of 10 years it will allow astronomers to track the motion of objects and changes in their brightness, as well as transient events like supernovae.

The telescope should be sensitive enough, and have a wide enough field of view, to really take a clear census of our neighborhood. The LSST is expected to discover almost 40,000 new small objects in the solar system – and hopefully Planet Nine, whatever it is, will be among them.

The team says that if the mysterious object is a black hole, the LSST would be more than capable of detecting flares from it. In fact, the team is confident enough to claim that its existence would be confirmed or ruled out within a year of the observing runs beginning in 2023.

And if “Planet Nine” is indeed a black hole, its discovery would have even stranger implications. All the currently confirmed black holes in the universe are thought to have formed as the dense, collapsed cores of massive stars exploding as supernovae. But a tiny black hole with the mass of just a few planets would have been born in a completely different way.

Scientists like Stephen Hawking have long hypothesized the existence of things called primordial black holes. Calculations suggest that these objects would have been created in the seconds after the Big Bang, as pockets of matter grew incredibly dense and collapsed under their own gravity. Small enough to fit in your hand but packing the mass of a few planets, these primordial black holes could dot the universe, unseen.

If hypothetical, invisible masses throughout the cosmos sounds familiar to you, well, there’s a very good reason for that. These primordial black holes are a potential explanation for the enigmatic dark matter, but have so far evaded detection. So if the LSST can spot a primordial black hole in our own backyard, we may begin to unravel several long-standing mysteries at once.

"This method can detect or rule out trapped planet-mass black holes out to the edge of the Oort cloud, or about a hundred thousand astronomical units," says Siraj. "It could be capable of placing new limits on the fraction of dark matter contained in primordial black holes."

The Vera Rubin Observatory is currently under construction in Chile, with first light expected by the end of the year. After that, the LSST observing run is planned to begin in 2023, so we might not have too much longer to wait for some answers.