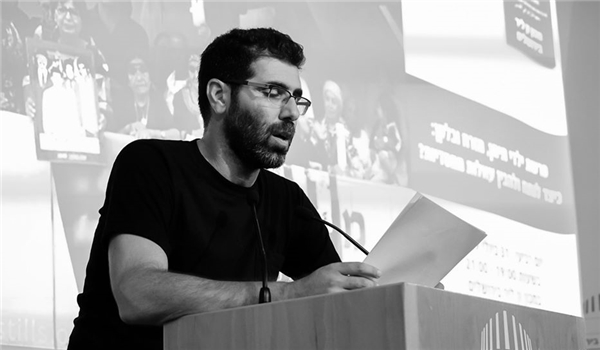 TEHRAN (FNA)- Tom Mehager, a Mizrahi Jewish activist, says after the Jews from Arab countries migrated and formed the majority in Israel, the Institution adopted racist policies against them, systematically marginalizing them in remote places.

Speaking in an interview with FNA, Tom Mehager said, “[regarding Mizrahi Jews] the whole policy and treatment were racist. The [Ashkenazi and Mizrahi] communities were segregated, schools were segregated and even paths were segregated. Instead of having a solid society, we have had a segregated society.”

Tom Mehager is a Mizrahi Jewish activist. He holds a first degree in cinema and television and a second degree in political science, both from Tel Aviv University. He has served a number of rights organizations. He is Fellow at Harvard Divinity School, and the executive director of AMRAM association, an NGO which actively seeks justice for the abducted children of Yemeni, Mizrahi and Balkan immigrant families in early 1950s.

Q: How do you view the social status of Mizrahi Jews inside Israel? Did their dream of a bright future come true?

A: For me as a Mizrahi Jew, it represents a tragedy. A tragedy in which people came to this place, not in order to be Mizrahi or Ashkenazi, but just to be citizens and a part of the community. But, the whole policy and treatment were racist. The communities were segregated, schools were segregated and even paths were segregated. Instead of having a solid society, we have had a segregated society.

Ashkenazi elites have had racist assumptions towards Mizrahi Jews. Once Zalman Aran, a former Minister of Education, said Mizrahi and Ashkenazi youth should study separately, by that he meant there should be a segregation. There are a lot of quotes from the first prime minister, who said Mizrahi communities were a threat to the culture of Israel. It shows their attitudes towards Mizrahi Jews were racist.

Q: What does the social status of Mizrahi Jews signify about Israel?

A: It is crucial to know about Mizrahi Jews to understand the Israeli society, as well as the Israeli-Palestinian conflict. They have been facing a historical repression. The Mizrahi communities, which came here in the early 1950s and even before, all were repressed. The Institution pursued racist policies against the Mizrahi communities. They came here, but were sent to the remote places. There are protocols which themselves prove that the ruling elites want the Ashkenazi migrants to live in the center of Israel, and by the coast, and Mizrahi Jews to live in remote places faraway. This makes social and economic gaps with very severe consequences up until today.

Q: Do you believe that the cabinet’s policy has affected the social affairs of Mizrahi Jew communities?

A: Up until today, Mizrahi Jews have been being marginalized in different arenas. At universities, the rates of the Mizrahi researchers are quite lower than Ashkenazi researchers. In the area of culture, it is very clear that the main scene is in Tel Aviv, far from where Mizrahi Jews reside. The same is true about the civil society and human rights.

The base of Israel was from Europe, and when the Mizrahi Jews came from Arab countries, they became the majority of the population. This was seen as a threat by the Institution, which chose to adopt a racist manner against Mizrahi Jewish migrants.