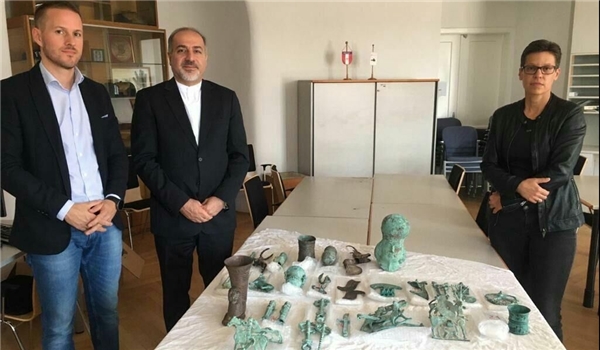 TEHRAN (FNA)- The Iranian Foreign Ministry said that some of the antique objects belonging to the country have been delivered to Iran’s delegate to Austria via judicial assistance.

According to Iran’s Foreign Ministry spokesman office, some of the antiques which had been smuggled to Austria were handed over to Iran with the cooperation of Iranian police and Interpol and judicial help.

In early May, an official with Iranian Cultural Heritage, Handicrafts and Tourism Organization announced that the relics seized in Austria belong to Iran and must be returned.