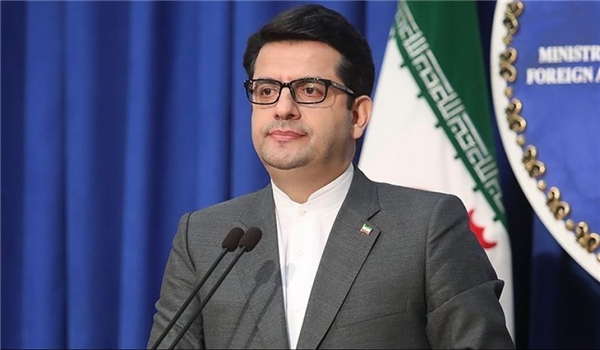 TEHRAN (FNA)- Iranian Foreign Ministry Spokesman Seyed Abbas Mousavi blasted the US' assassination of anti-terrorism commander General Qassem Soleimani, and said that it was a cowardly act in flagrant violation of the United Nations' charter.

"The coward assassination of General Soleimani, the anti-terrorism hero of our region, was an arbitrary killing & a clear violation of the UN charter," Mousavi wrote on his Twitter account on Thursday.

"The US is responsible for this criminal act, & can’t whitewash this by chastizing the UN. We’ll never forget, we’ll never forgive," the Iranian foreign ministry spokesman added.

Mousavi's remarks came after the 44th session of the UN Human Rights Council in Geneva on Thursday condemned the arbitrary actions of governments, including the assassination of General Soleimani, commander of the Quds Force of the Islamic Revolution Guards Corps (IRGC).

Iran announced in late June that it had issued arrest warrants for 36 officials of the US and other countries who have been involved in the assassination of the martyred General Soleimani.