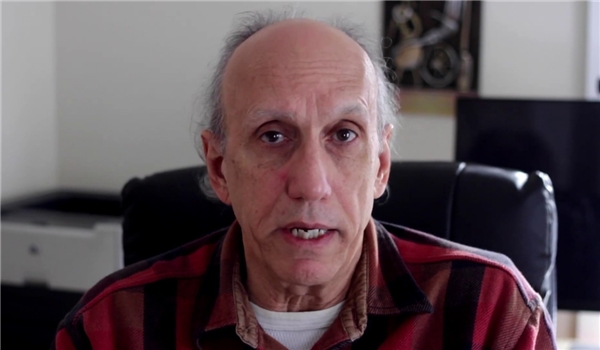 TEHRAN (FNA)- Bruce Gagnon, American campaigner and peace activist, says Washington is not in a position to repeal international law which allows Iran, like other countries, to launch military and civilian satellites.

Speaking in an exclusive interview with FNA, Gagnon blasted the US Secretary of State for his claim that Iran should be held accountable for the satellite launch, saying the US itself never cared about international law when it invaded Iraq, Afghanistan and Libya as well as when it deployed forces to Syria.

Bruce K. Gagnon is a long time peace campaigner and activist. He is currently the Coordinator of Global Network Against Weapons & Nuclear Power in Space. The network brings together peace and environmental activists to contest the increasing weaponization of space.

Q: How is Iran’s military satellite launch viewed by the international law?

A: Many nations around the world launch satellites – for military and civilian purposes. When an ally of the US makes such a launch nothing is said about it (for example, Japan, India or a NATO member country.) When a nation that the US wants to target launches such a satellite Washington freaks out (for example North Korea or Iran.)

I will never forget some years ago when North Korea launched a rocket I read about it in a US aerospace industry publication. They quoted a US Airman who was tracking the trajectory of the launch. He laughed at it saying “we have so much space-directed surveillance capability that we can track the entire rocket path. North Korea does not have hardly any space satellite capability and cannot see the entire flight path. They are no threat to us.” This indicates to me that the US knows that Iran also has limited space surveillance capability and is no threat. But the Pentagon always exaggerates threats from those countries they seek to take down. The US has no credibility to complain about what any other nation does in space.

It is obvious that Iran wants to have a satellite so it can watch the moves by US & NATO as they continually encircle your nation with military bases. The US is a bully that wants to poke others in the nose but shouts out hysterically when someone tries to defend themselves.

Q: The US Secretary of State says Iran’s military satellite launch was in breach of the UN Resolution 2231 concerning Iran’s Nuclear Deal. How do you view Secretary Pompeo’s claim?

A: Since when does Washington really care about international law? How about the 2003 Iraq attack, Libya take-down or illegal US military deployments in Syria today? When will the US be held accountable for these real crimes against international law? The UN resolution 2231 is linked to the Iran nuclear deal that Washington withdrew from - again the US has no credibility to comment on this launch.

The US has nearly filled up the space ‘parking lots’ with its own military and civilian satellites. Washington claims the right to ‘control and dominate’ space on behalf of its own interests. This arrogance is provocative and destabilizing to world peace. The US seeks to ‘control and dominate’ space. The Pentagon understands that whoever controls space also militarily controls the Earth below. This is Washington’s clear agenda. It will not work as Russia, China and even now Iran challenge that arrogant notion.

The US Secretary of State Pompeo, former head of CIA, recently admitted that at the CIA, “we lie, we cheat, we steal”. No one should ever trust anything that comes out of that man’s mouth. Washington understands that its military and economic empire is collapsing. Thus they are getting desperate, like a crazed drug addict on the run trying to find one more shot in the arm. This desperation causes Washington to be very dangerous. The best thing that the world can do to save humanity at this time is to turn their backs on Washington and reject Washington’s infantile ramblings.

Q: Following Iran’s satellite launch, we witnessed immediate implied and direct reactions by the US president, state secretary, and army officials. Why is the US concerned?

A: The US wants Iran to surrender to western control. Washington fears any nation that dares stand up and resist. I think it was no coincidence that virtually at the same time Iran launched its satellite, Trump lashed out and threatened to destroy Iranian speed boats that challenge US Navy warships bumping up against Iranian waters in the Persian Gulf. The US has always used threats and fear-mongering to get its way around the world. But now it is not working anymore. The US military is overstretched and incapable of fighting on so many fronts around the world. After nearly 20 years of war, the US still cannot control things in Afghanistan. The American people cannot afford endless war anymore.