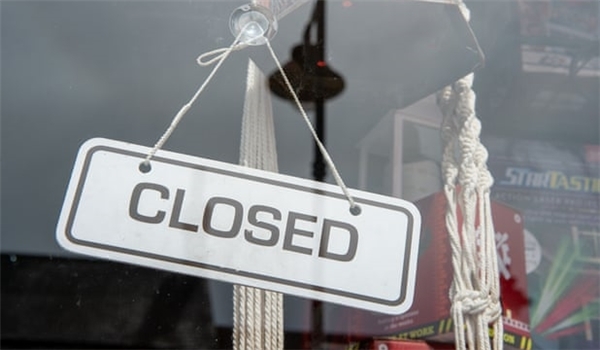 A rise in the unemployment rate to 14.8% would take the UK to a higher level than France, Germany and Italy, but lower than Spain, according to the Paris-based thinktank, which is funded by 35 mostly rich countries, The Guardian reported.

The average unemployment rate is projected to reach 19.2% in Spain by the end of 2020 and 20.1% after a “double hit”, while Germany’s jobless rate is expected to reach only 5.6% after a second lockdown, or 5% if the economy remains open into next year.

The UK’s gloomy outlook follows a forecast last month by the OECD for economic growth this year that showed Britain’s economy was likely to suffer the worst damage from the COVID-19 crisis of any country in the developed world.

At the time, the OECD said UK unemployment would peak at 9% because the country was more exposed than most to the global slowdown in trade that followed the lockdowns imposed by most governments.

One reason for the worsening outlook in the latest report was the acceleration in recent months of a trend for companies to shed white-collar, administrative office jobs at a faster rate than other countries.

These roles are lost as firms come to rely increasingly on computer systems to perform administrative functions, leaving jobs growth confined to professional and low-skilled operations.

“These results point to the possibility that the COVID-19 shock will reinforce the existing trend of employment polarization,” it added.

Stefano Scarpetta, the director for employment, labour and social affairs at the OECD, said he was especially concerned that a generation of young people would be denied employment or retraining, restricting their ability to gain a sustainable, skilled job.

“In the aftermath of the global financial crisis, governments acted far too late to address the labour market difficulties of youth, which left them with long-lasting scars that were still visible before the COVID-19 outbreak,” he said.

“There is no time to waste to put in place a comprehensive policy package ensuring that no young worker is left behind,” he added.

The OECD also had a warning for all governments over the coming months, saying they must guard against a slap-dash approach to COVID-19 safety standards to protect the half of workers who will come into close contact with colleagues and customers as part of their job.

Fearing a second wave of the pandemic in the autumn, it said ministers should also extend sick leave to allow staff to self-isolate if they discover they have coronavirus symptoms.

The OECD said, “About half of all workers are employed in a job that requires significant physical interactions and therefore face a risk of contagion. Strong occupational safety and health standards, defined and enforced by public authorities and/or by social partners, remain a top priority."

“Paid sick leave can continue to perform an important role in containing and mitigating the spread of the virus and protecting the incomes, jobs and health of sick workers and their families. Moving forward, countries should consider closing long-known gaps in paid sick-leave regulations while reinforcing work incentives and employment support to facilitate a return to work,” according to the OECD.