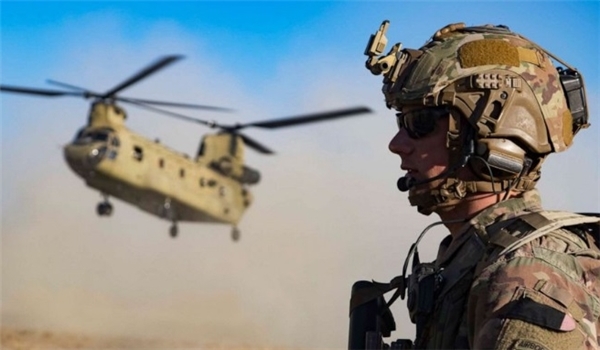 "Their [US intelligence's] planes fly from Kandahar or Bagram to any destination - like Germany or Romania - without any checks. No wonder, such is their business. Any Afghan citizen, anyone, in Kabul could tell you about it. It's an open secret and everyone is sick and tired of it and dismisses it as a given," Kabulov stated, according to Sputnik.

Late last month, The New York Times, citing anonymous US intelligence sources, published an article claiming that Russian military intelligence offered rewards to Taliban-linked militants for attacks on American soldiers in Afghanistan and that US President Donald Trump had been informed about this.

Trump noted that neither he nor Vice President Mike Pence were briefed on the issue, because the US Intelligence Community announced the allegations were not verified or substantiated. Trump called the article another attempt at a Russia hoax to make Republicans look bad in an election year.

Russian officials have denied the allegations as false and characterised them as being part of the internal political infighting in the United States.

Kremlin Spokesperson Dmitry Peskov stressed on Tuesday that the Russian and US governments had not been in contact regarding the US media allegations.

The New York Times has released a fresh piece citing a newly-released memo by The National Intelligence Council, saying that the government "lacks direct evidence" on the Russian-Taliban "bounties" case.

The level of confidence that Russia did "collude" with the Taliban in order to offer rewards for killing US soldiers was described in the new memo as "medium", which The New York Times added "falls short of near certainty".

Meanwhile, other agencies have expressed their confidence level to be even lower, reporting they "did not have information to support that conclusion at the same level".